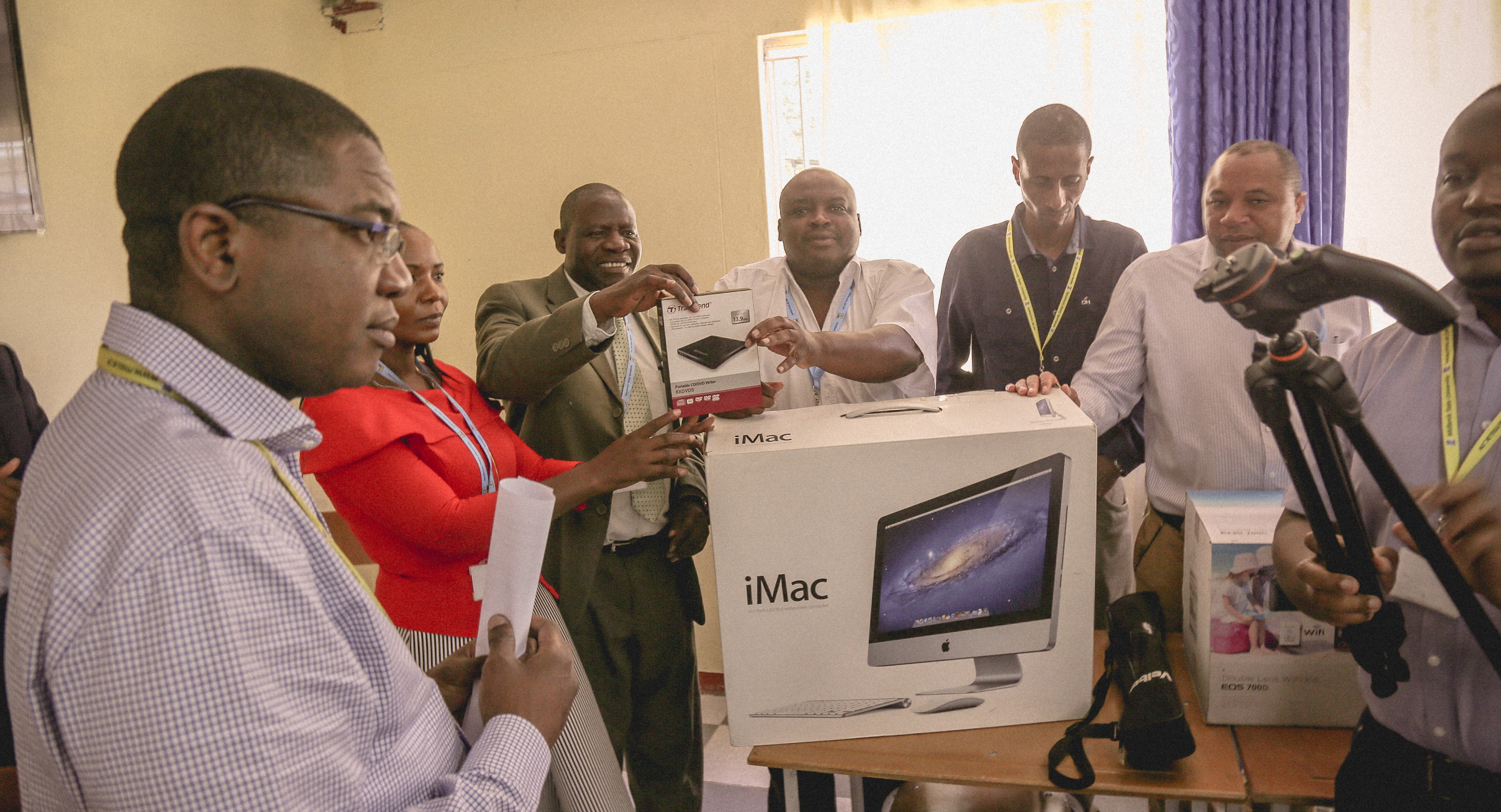 In its relentless pursuit to produce marketers par excellence, the Department of Marketing Management under the Faculty of Commerce continues to nurture innovation and creativity among students.

Through a deliberate and practical approach to learning, students in the Department are taught to put theory into practice and to pursue a standard of excellence in all their endeavours. To this end, an initiative was begun in 2014, aimed at establishing a centre of excellence for marketing students within the Department. Following in the footsteps of their predecessors, the 2016 class of level 1 semester 1 Masters’ students together with level 1 semester 1 and semester 2 undergraduate students undertook a number of business and fundraising initiatives through which, they were able to purchase a variety of equipment for the centre.

The equipment, which included two state-of-the-art iMac computers, an external hard drive and writer, a Canon camera, complete with a Wi-Fi kit, two lens, a carry case and two tripod stands, was handed over to the University at a ceremony held on Friday the 6th of May 2016, at the Graduate School of Business Leadership, Faculty of Law and Commerce Campus. A heavy duty printer is also expected to be delivered to the University on Monday the 9th of May 2016 as part of the donation.

Receiving the equipment on behalf of the University, the Acting Deputy Registrar, Academic Affairs, Mr N Shava, commended the students for their industriousness and for setting a good example for other departments across all faculties to emulate.

Also speaking during the handover ceremony, the Executive Dean of Commerce, Mr R Duve applauded the students and challenged other departments to follow suit and come on board as the Faculty continues in its quest to establish world class learning facilities.

Those who attended the handover ceremony were treated to a demonstration where they had the opportunity to see some of the equipment in use, courtesy of the Masters’ students led by Fortune Geza, a member of the Harare class.

Among those who attended the event were the Acting Deputy Registrar, Academic Affairs, Mr N Shava, the Executive Dean of Commerce, Mr R Duve, Acting Deputy Dean of Commerce, Mrs M Mugwati and Acting Chairperson of the Department of Marketing Management, Mr F Chokera as well as various departmental chairpersons, lectures, and undergraduate and postgraduate students from both the Gweru and Harare classes.

Let us know if you liked the post. That’s the only way we can improve.
MSU impresses at ZITF 2016
MSU Awarded International Star for Leadership in Quality