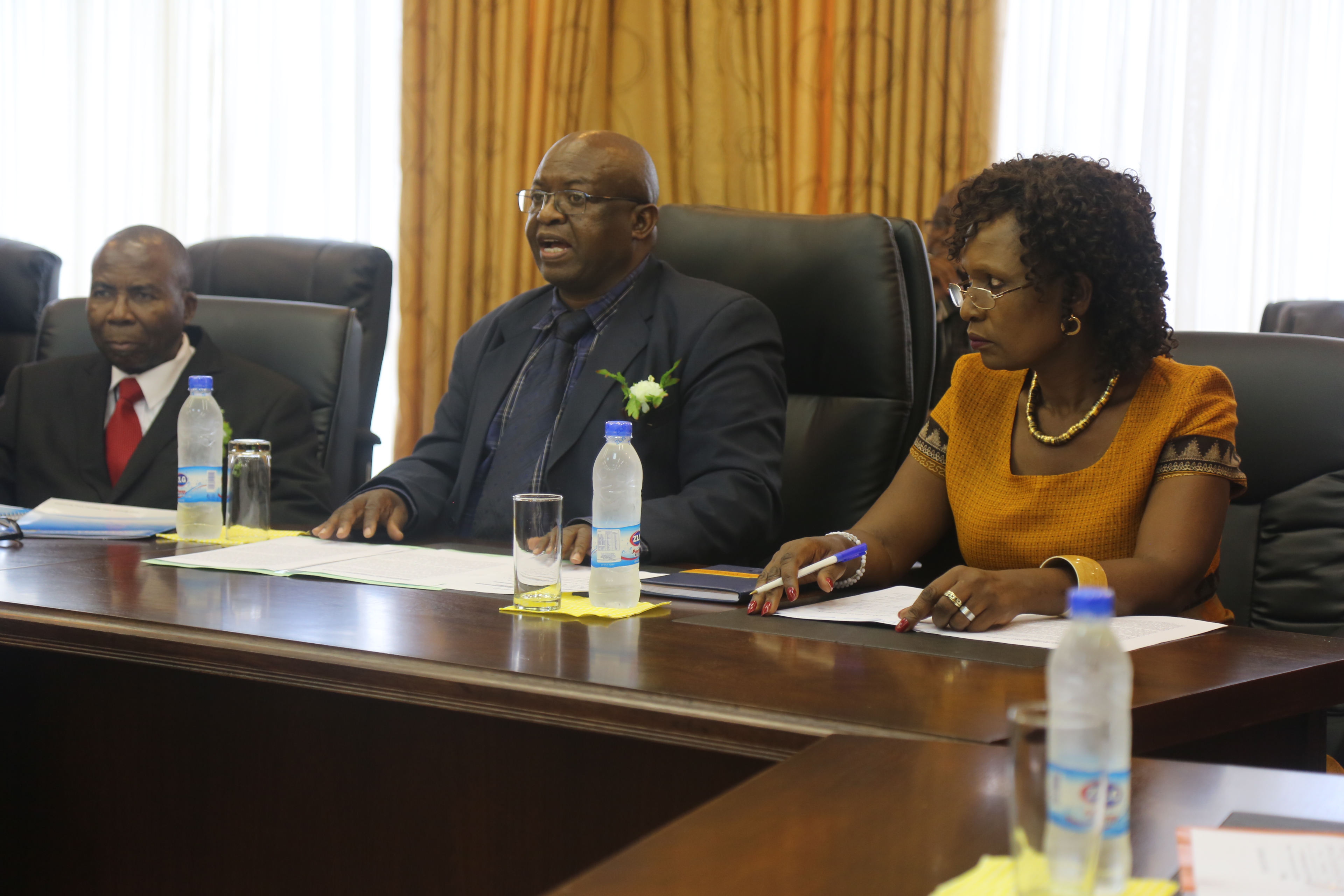 The ZIMCHE delegation, led by the institution’s Chief Executive Officer, Professor Emmanuel Ngara, commended the University Administration led by the Acting MSU Vice-Chancellor, Professor Victor Ngonidzashe Muzvidziwa for efforts made by the University in attempting to create a top-notch teaching and learning environment. Professor Ngara also expressed his delight at the fact that MSU had taken heed and implemented ZIMCHE recommendations on improving the University’s infrastructure offered during an earlier visit by the regulatory body to the institution.

Prior to the commencement of the tour, the ZIMCHE delegation together with Principal Officers, Deans of Faculties and Heads of Departments from Midlands State University, was addressed by the Acting Vice-Chancellor, Professor Muzvidziwa.

In his welcome remarks, Professor Muzvidziwa highlighted that MSU had invited the ZIMCHE delegation to tour the University’s facilities and amenities in order to get a first hand appreciation of the institution’s efforts at improving the learning and teaching environment at its different campuses. Professor Muzvidziwa noted that the visit by the ZIMCHE delegation was hopefully the first of many more and that MSU hoped to continue benefitting from ZIMCHE’s wise counsel and guidance.

Facilities that were toured include the now functional state of the art Medical School at the Main Campus, the newly refurbished Multi Purpose Hall and the China and Japan student halls of residence. The touring party was particularly impressed by the decongestion efforts made by the institution in a bid to scale down the population in the halls of residence by half.

The team also toured the computer lab and clinic at the Graduate School of Business Leadership campus in Gweru before proceeding to the Zvishavane campus where a newly constructed model hostel and an imposing, new office block, caught the eye.

In his vote of thanks, the University Registrar, Mr. E. Mupfiga expressed the institution’s gratitude to the visiting delegation for taking time out of their hectic schedules to embark on the familiarization tour. The Registrar also emphasized the fact that MSU would continue to rely on ZIMCHE for guidance in the various endeavours aimed at growing the University.

Let us know if you liked the post. That’s the only way we can improve.
‘Working Together for a Clean and Healthy Environment’
Memorial Service Postponement