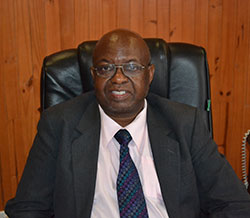 The University has since reported the matter to Senga Police Station for further investigation. Details behind the assault are still to be established as well as the identity and motives of the assailants.

Midlands State University administration denounces the attack and wishes to reassure its valued students that their security and safety is a top priority. Consequently, the institution has begun intensifying security around its campuses with more security personnel being deployed to increase the number of patrols and complement the CCTV cameras that were installed.

We reiterate that the University sympathises with the affected students and will not rest the case until the perpetrators are brought to book.

Meanwhile, members of the public who might have any information leading to the identification and arrest of the culprits are requested to contact the Senga Police Station or the Midlands State University Security department.

On behalf of the University, I would like to reaffirm our commitment to enhancing the welfare of our valued students in and outside the lecture rooms.  To that end, the University remains dedicated to its mandate, which is to develop a sound human resource base for the nation and the world at large.

Let us know if you liked the post. That’s the only way we can improve.
Its A Fine, Fine Show!
ZUSA Day 2…It was good too!