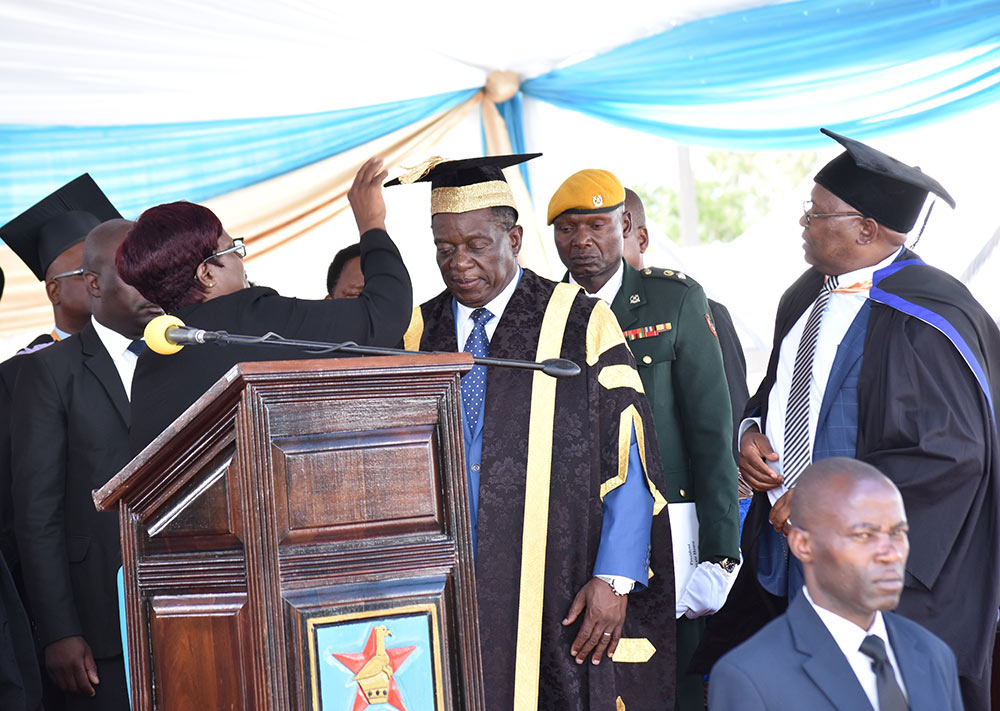 His Excellency, the President of the Republic of Zimbabwe and Commander-In-Chief of the Zimbabwe Defence Forces, Cde Emmerson Dambudzo Mnangagwa was on Saturday  the 2nd of December 2017, installed as Chancellor of Midlands State University.

‘I remember very vividly the intensity and incisive debates which took place then as we navigated through obstacles, snags and other impediments all in a bid to perfect the ideas that would give birth to this grand institution’, highlighted the President.

President Mnangagwa, pledged to continue supporting research at institutions of higher learning, noting that universities together with other tertiary institutions were crucial in the country’s development trajectory. He also challenged institutions of higher education to play a more active role in coming up with more effective and innovative ways of value addition and beneficiation.

The installation was presided over by Midlands State University’s Acting Vice-Chancellor, Professor, Victor Ngonidzashe Muzvidziwa and witnessed by thousands of people who included academics, graduands, their parents and guardians, senior government officials,