MSU ROMPS TO VICTORY AT THE 2018 CZSUSG 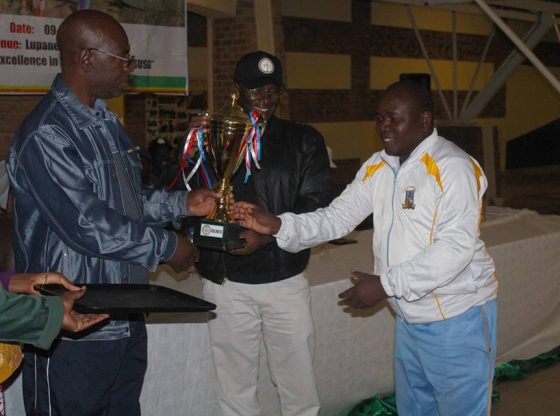 Team MSU won six gold medals from darts, basketball and athletics as well as eight silver and two bronze medals, making it the institution with the highest gold medals at the games. Great Zimbabwe University and the National University of Science and Technology finished second and third respectively, with a total of 13 medals each against MSU’s total of 16.

In a speech read on his behalf by the Deputy Director – Matebeleland North Province, Mr Ophas Dube, Youths, Sports, Arts and Recreation Minister Cde Kazembe Kazembe expressed gratitude to the Vice Chancellors, athletics teams, the hosts Lupane State University, sponsors and those that worked behind the scenes to make the 2018 edition of the games a resounding success.

‘With your cheers and encouragement, athletes have set many new records. We are indeed very grateful that these games will leave a great human legacy in Lupane and indeed around Matebeleland North Province. All our athletes have competed fairly and have done their best, displayed strong determination and true sportsmanship. You have created very proud moments of the games and demonstrated to us all, the unifying power of sport by overriding national political and religious barriers. A tremendous spirit of friendship was also clearly evident throughout the games,’ he said.

Lupane State University Acting Pro Vice-Chancellor, Mr Canaan Mpala said his institution is humbled by the vote of confidence bestowed on them to host the games despite limited facilities.

‘Beyond the health benefits that we derive from sports, there are innumerable virtues that we also benefit such as patience, tolerance, unity and common solidarity among others,’ said the Acting Pro Vice-Chancellor.

The five-day sporting gala saw participation from eleven state universities with new comers that included Gwanda State University and Marondera University of Agricultural Sciences and Technology. The games were held under theme, “Excellence in mind and body; CZSUSG” and the eighth edition to be held in July next year will be hosted by the Zimbabwe Open University.

Let us know if you liked the post. That’s the only way we can improve.
Midlands State University Boost-Enactus Team Off to Silicon Valley, USA
MSU Commended for Responding to National Critical Skills Deficit