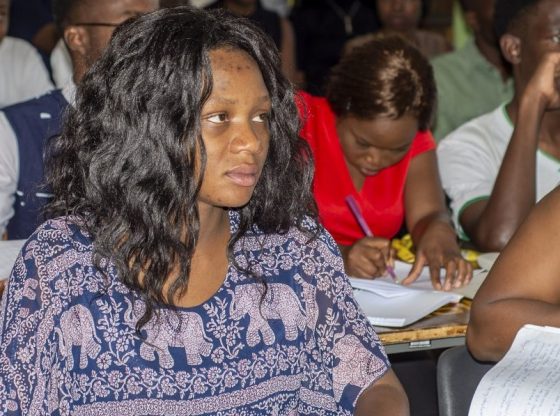 The Midlands State University in conjunction with the Gweru City Health Department and the Ministry of Health and Child Care has held a one day workshop to raise awareness on typhoid among students, following an outbreak that has claimed the lives of ten people in the city.

The workshop was held at the MSU Main campus in Gweru, on Wednesday 5 September, 2018. It was focusing on the causes, symptoms as well as prevention of typhoid and was targeting members of staff, students as well as surrounding communities which include Senga and Nehosho high-density suburbs.

According to the Gweru District Health Promotions Officer, Mrs. Irene Zvenyika, at least 1800 people have been treated since the typhoid outbreak reported on the 7th of last month from Mkoba 15, 18 and 20 high-density suburbs, hence the need to carry out sensitisation workshops

“We want to reach as many people as possible at the campus because typhoid has been declared in Gweru City and you know usually where there is a congregant of people we get worried because according to World Health organisation one case of typhoid is considered an outbreak even in the whole province, so because students have just opened, we had to come here in full force so that we reach as many to sensitize them on taking preventative measures on typhoid, she said.

MSU Acting Health Services Department Director Sister Catherine Mugwamba and the Executive Dean Student Affairs Mr. Isheunesu Chaka said a number of initiatives have been taken to raise typhoid awareness through outreach programmes in Senga and Nehosho where some students reside as well as through staff emails and students e-learning accounts among other platforms.

“We saw this as a good initiative because if some students are sensitized on typhoid they can also disseminate the information to other students, there can be peer to peer sensitization of the outbreaks so that we can prevent any further spread of the disease. The only way to prevent the typhoid is  if students are knowledgeable about typhoid then we can avoid its spread,” said Sister Mugwamba.

Executive Dean Student Affairs Mr. Sheunesu Chaka said the university will do its best to ensure that no students are affected by typhoid.

“Here on campus, we have been pushing in terms of sensitization programmes. Right now as I talk to you some trainings are happening. We`ve decided to go even into the classroom to try and get as many students given the information because as you know, one case of typhoid is already too much. It’s a crisis, we don’t want to lose any lives and we want to be proactive as MSU. Students are our core business and we want to make sure our students are safe,” said Mr Chaka.

The workshop was attended by representatives of Gweru City Health Department, Non-Governmental Organisations, Ministry of Health and Child Care as well as the Midlands State University students and staff. The health authorities held another sensitisation programme at the main campus with new students during the orientation week, to sensitize them on the need to prevent typhoid.

Let us know if you liked the post. That’s the only way we can improve.
MSU HOSTS TYPHOID AWARENESS WORKSHOP
Midlands State University to Partner Chinhoyi University of Technology