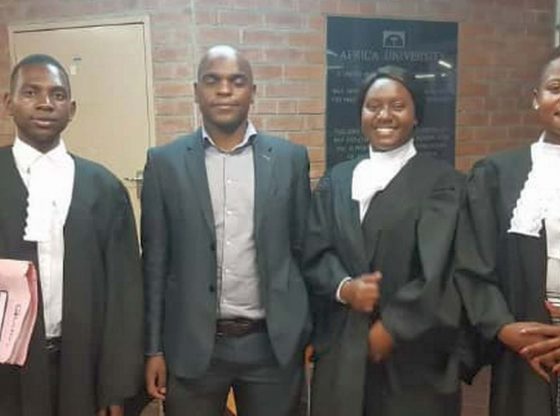 Midlands State University’s Faculty of Law has demonstrated for the umpteenth time that it is home to some of the country’s best young legal minds, by winning the 2018 edition of the United Nations High Commissioner for Refugees (UNHCR) Moot Court Competition on State and Statelessness.

Teams were presented with a case study focusing on the most pertinent and topical issues in refugee law and specifically those pertaining to state and statelessness. Representatives from each law school were expected to address the legal problem, presenting legal arguments before a panel of Judges, drawing on current crisis situations.

After presenting their arguments in the preliminary rounds of the competition, Midlands State University and the University of Zimbabwe, made it to the finals, after eliminating debutants ZEGU and defending champions GZU.

In the finals, debutants Midlands State University went head to head with the University of Zimbabwe in an epic battle of legal brilliance, with MSU emerging as the eventual winners.

The MSU winning team comprising Mazvita Mlambo (a fourth-year student), Ryan Sitotombe (a third-year student) and Tanyaradzwa Gava (a first-year student), will now go on to represent both the University and Zimbabwe at the All African Moot Court Competition on State and Statelessness to be held in Botswana.

On behalf of the entire University community, we say Congratulations! Makorokoto! Amhlope!

Let us know if you liked the post. That’s the only way we can improve.
SAYWHAT Launches Action for Choice at MSU
MSU Holds ICTP Physics Without Frontiers Masterclass