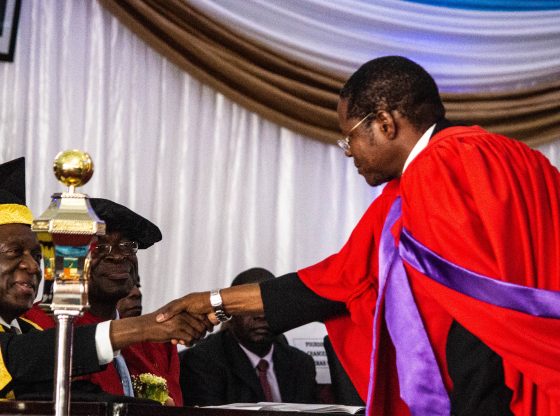 Speaking during the graduation ceremony, the Midlands State University Vice-Chancellor, Professor Victor N. Muzvidziwa said, the institution continues to strive to become an entrepreneurial University that is committed to producing well-rounded and holistic graduates well-suited for the ever-changing global village.

‘We strive to produce well rounded, holistic and versatile innovators who are eager to play a meaningful role in the socio-economic transformation of Zimbabwe. Thus our graduates possess the requisite academic and soft skills,’ he said.

In its continued pursuit of excellence in teaching and quality research, Midlands State University has set up a quality assurance directorate and invested heavily in research. Increased research activity has seen the institution of higher learning being awarded several research grants. Distinguished grants secured by the University include the Precise, Royal Academy of Engineering, Grant Challenges Road-MApp and CODESRIA, PhosAgro/UNESCO/IUPAC grants among others.

On the internationalization front, the University has also made significant inroads on the continent, moving 74 places up in 2018 on the African universities rankings according to the Webometrics ranking.

Let us know if you liked the post. That’s the only way we can improve.
Professor Muzvidziwa Installed as MSU Vice-Chancellor
Higherlife Foundation Launches Doctoral Research and Fellowship Scholarship at MSU