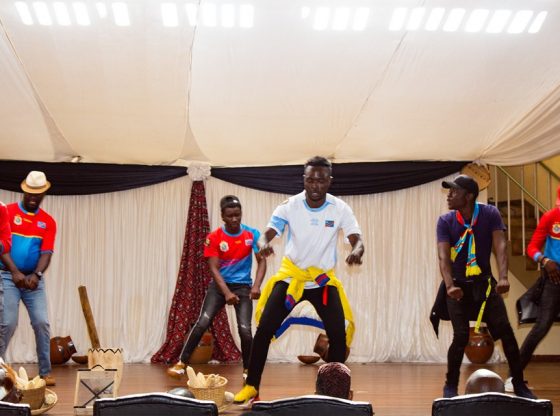 It was pomp and funfair on Tuesday, the 21st and Wednesday, the 22nd of May 2019 in Zvishavane and Gweru respectively as members of the Midlands State University community celebrated their cultural diversity with a series of festivities aimed at advancing arts, culture and heritage.

Celebrations across both campuses were marked by activities that depicted various aspects of hunhu/ubuntu. These included cultural processions, music, dance and poetry. To cap it all off as part of the festivities, participants were treated to traditional cuisine and a beauty pageant.

In Zvishavane, celebrations begun with costumed MSU students and staff marching from Buchwa Road to the University’s Zvishavane Campus, while waving banners and dancing to the accompaniment of music by the Department of Film and Theatre Arts brass band.

The day, however, belonged to traditional Nyau dancers whose nimble and hypnotic moves left the audience mesmerised.

The objectives of Carnival

This year’s celebrations were aimed at celebrating the diversity of Midlands State University campuses as well as that of its surrounding communities and the nation at large. Additionally, the cultural extravaganza sought to promote unity, peace, tolerance and love among the different communities.

Organised under the auspices of the University’s International Cultural Diversity Carnival Organising Committee, the celebrations ran under the theme, ‘Creating it in Our Own Image: Intersections of Culture, Innovation and African Development’.

Let us know if you liked the post. That’s the only way we can improve.
Midlands State University to Partner North-West University
Annual Joshua Mqabuko Nkomo Academic Memorial Lecture