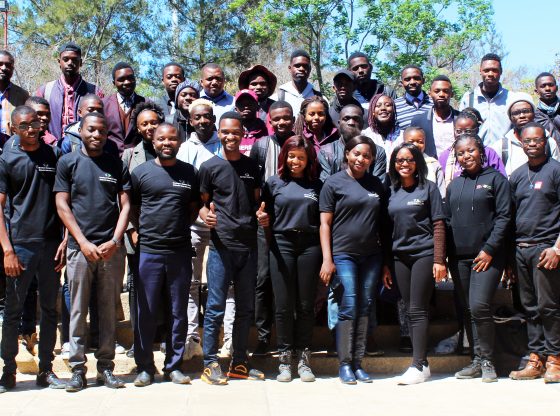 On Thursday the 26th of September 2019 a new student initiative, the Google Developers Student Club Midlands State University (DSC MSU) was launched at the University’s main campus in Gweru. The Club is a community of students drawn from various academic backgrounds, who together are expected to build a professional and personal network while getting access to Google resources to help solve localized problems in a peer to peer environment.

The Club was officially launched by the Executive Dean of Science and Technology, Dr Action Nechibvute at a ceremony attended by the Executive Dean of Students Mr Isheunesu Chaka, Director of the MSU Incubation Hub, Dr Charles Paradzai and the Student Development Officer, Mr Wellington Ilunga.
In his remarks, Dr Nechibvute explained the importance of technology-based clubs within the institution, noting that they were critical in championing technological development.

‘Let us create a benchmark as a Club that will see the institution and the surrounding community benefit from the good work that we are starting today,’ he said.

The birth of the Club has put MSU on the international map once again, as it is one of the Google DSC centres around the globe and one of only two in Zimbabwe. DSC MSU leader Marvelous Chirunga said, the MSU community has now been connected to other institutions around the world and will be of great value to the institution.
‘It is my utmost pleasure to tell you that we have been connected to other institutions in the world that have DSCs,’ he said.

Former MSU student and founder of Green Works, Mr Talkmore Sibanda said that ideas are useless if they are not implemented and put into action.
‘People are being paid for solving problems thus in the journey we have started, we need problem solvers who will earn money in the process,’ said Mr Sibanda.

Let us know if you liked the post. That’s the only way we can improve.
Minister of Women Affairs, Community, SMEs Development Visits MSU
MSU Hosts GIS and Remote Sensing Short Course