MSU Mathematics Prodigy to Represent Zimbabwe at the IMMC 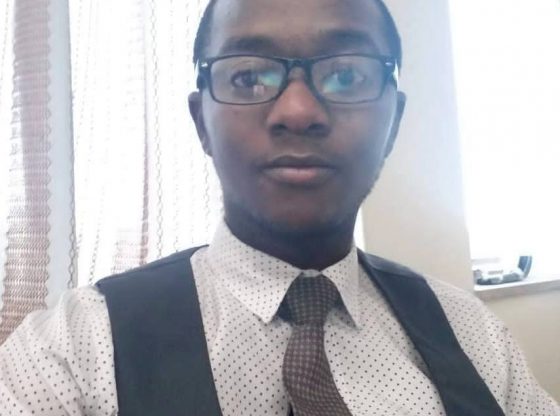 Featured,News |
Leonard Mushunje a Midlands State University Applied Mathematics and Statistics student was on the 24th of May 2021 appointed as the Zimbabwe national representative to the International Mathematical Modeling Challenge (IMMC) to be held in July 2021.
Mushunje is also the founder and president of the World Mathematical Society, co-founder and director at Ednitec Trading, a Junior Quantitative Analyst at CBZ and a Global UGRAD fellow. The final year student was appointed to represent Zimbabwe, ahead of several other candidates from across the country based on his academic achievements in the field of mathematics and statistics that have seen him publishing 15 research papers, 3 books, and making over 15 presentations.
The Mathematical Modelling Challenge (IMMC) promotes the teaching of mathematical modelling and applications at all educational levels. It is designed to help the world understand the importance of mathematics in solving real-world problems.
In addition, to his appointment as Zimbabwe’s IMMC representative, Mushunje was also recently accorded membership to the Golden Key International Society through its South African chapter. Golden Key is a non-profit academic organisation founded in Atlanta, Georgia in the United States by graduate students in 1977 with the South African chapter having been established in 2000 at North-West University. Mushunje becomes the first Zimbabwean student to be extended membership into the prestigious Society whose membership is strictly by invitation and based on academic achievements.
Mushunje is set to graduate with a first-class at the forthcoming Midlands State University graduation ceremony and has been awarded the University Book Prize. During his studies, he took 56 modules and attained 50 distinctions.
On behalf of the entire University Community we say, Congratulations, Makorokoto, Amhlope!

Let us know if you liked the post. That’s the only way we can improve.
SRC Spearheads Fight Against GBV
MSU Researcher Wins Award for Research on Inclusive Leadership & E-learning in Marginalised Zim Schools During COVID-19