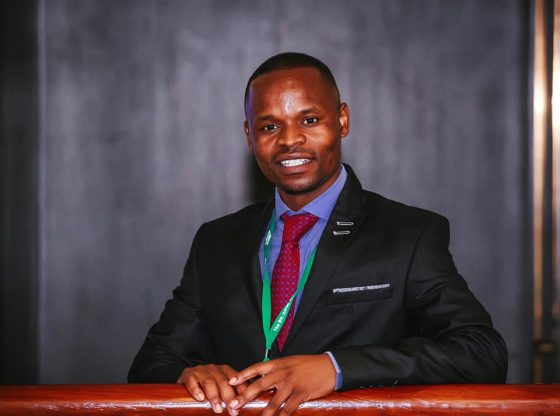 “To honour the Black History Month, we are recognising the contributions of Black scientists. Dr Mehlana is a researcher with the Midlands State University, President of Zimbabwe Chemical Society and he has over 30 structures in the Cambridge Structural Database. He also helped establish the African Crystallographic Association (AfCA),” read the Tweet.

Dr Mehlana is the Executive President of the Zimbabwe Chemical Society, Secretary of the African Crystallographic Association(AfCA) and has over 30 structures in the Cambridge Structural Database which is a database of small-molecule organic and metal-organic crystal structures.

He is also an African Independent Research Fellow and head of Carbon Dioxide Research Group in the Chemical Technology Department at MSU which focuses on the development of novel porous materials, especially metal-organic frameworks, with applications in catalysis, sensing, drug delivery, the biomedical industry and carbon capture.

In recognition of his outstanding scientific work, he has received several prestigious scholarships and grants including a £300 000 grant by the African Academy of Sciences and Royal Society, a Ludo Frevel Crystallography Scholarship in 2012 and 2014 and a PhosAgro/UIPAC/UNESCO research grant in 2018. Prior to his appointment as the Executive President of the Zimbabwe Chemical Society(ZCS), he was an executive member of the society.

The ZCS aims to promote the advancement of chemicals sciences in Zimbabwe and beyond and Dr Mehlana is been instrumental in the fulfilment of that goal.

Preceding his role as the Secretary of the African Crystallographic Association (AfCA) he was instrumental in its official launch, serving on AfCA’s Steering Committee during its creation.

He is a chemistry PhD holder and his thesis focuses on the Synthesis and Applications of metal-organic frameworks in the sensing of small molecules.

Let us know if you liked the post. That’s the only way we can improve.
MSU Sharks ransack Paramount FC at the ‘Stadium of Invincibles’
MSU Shines at the National Cluster Building Competition