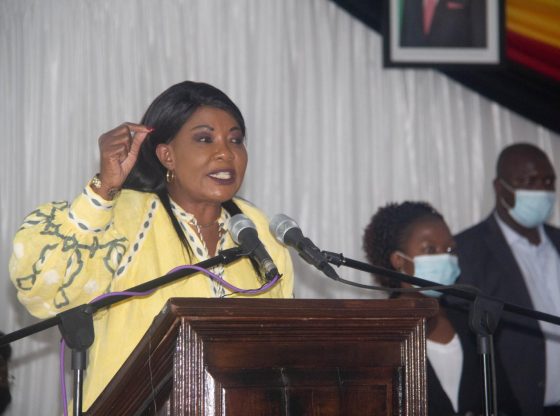 Conference presentations and discussions will build on the theme; ‘Combating gender-based violence in tertiary institutions of Zimbabwe: Tackling the root causes through policy advocacy and strategic approaches’.

In her keynote address, the guest of honor of the event, Her Excellency Dr Auxillia Mnangagwa said that combating  Gender Based Violence (GBV) had become a global priority, since there are efforts and high-level commitments toward addressing the issue.

“There is a disturbingly high prevalence rate of GBV and sexual harassment in tertiary education institutions and GBV not only affects girls and women but boys and men have also become silent victims.

“Our approaches to combating GBV must therefore take into account this very important dynamic. It is therefore imperative to have provocative conversations, dialogue and engagement amoung students, staff and the community to address the causes and effects of gender-based violence and sexual harassment in tertiary institutions.

“The discussions must capture students’ voices on their lived realities on sexual harassment and GBV and we should break the silence on GBV and minimize GBV.

“We need to remove the myths which fuel GBV such as the misplaced notion that victims of sexual abuse have themselves to blame because of how they dress.

“A violence-free, gender-responsive and inclusive Zimbabwe is possible if we join our hands and minds to make this a lived reality.

“African concepts, ideas, values, beliefs and systems of knowledge hold the keys to a society free from GBV.

“Our hope is that once young women and men enter tertiary institutions, they are well equipped to deal with issues of sexual harassment and GBV and be change-makers, “said Dr Mnangagwa.

Dr Mnangwagwa’s address concluded with students and staff discussing on the causes of GBV and sexual violence and ways to address them.

Given the Midlands State University’s commitment to gender equality and equity, the Gender Institute was constituted on the 14th of December 2018 to become a centre of excellence and a milestone in combating gender issues experienced by males and females in society.

Executive Director of MSU Gender Institute, Professor Irene Muzvidziwa noted that the purpose of the conference is to present the findings from empirical research on gender-based violence (GBV) in Zimbabwe’s institutions of higher learning.

“The conference focuses on three main objectives that include examining the main causes of sexual harassment in tertiary institutions, examining the availability of reporting structures and their effectiveness for victims of sexual harassment within tertiary institutions and advocating for gender policies that are not just gender-sensitive but gender responsive and seek to promote zero tolerance of GBV in institutions of higher learning.

“The outcome of this conference will be published in a special issue on gender-based violence published in the Gender Institute’s accredited journal, The Dyke,” said Professor Muzvidziwa.

Let us know if you liked the post. That’s the only way we can improve.
MSU Signs MOU with Human Sciences Research Council (HSRC) of South Africa
PEDAGOGY, ASSESSMENT & RESEARCH SUPERVISION WORKSHOP