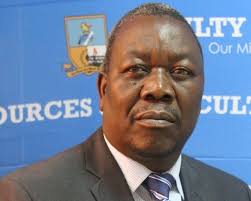 Journalism Pedagogy as if media mattered. Published in a Special Edition of the Rhodes Journalism Review (2010)

Title of Paper: “Dynamics of Elite Power and the clash of media reform agendas in contemporary Zimbabwe”

Title of Paper: “Journalism Pedagogy as if Media Mattered. A Study of the Disconnect between media on the ground and the ideal media”

Title of Paper:  “Interrogating the form and content of refracted public realms in polarized societies: How have the media performed in the run-up to Zimbabwe’s 2008 national elections”

Title of Paper: “Reconfiguring the Village Agora. Making ICTs serve the ends of Democracy and Development: A case study of three models of rural ICT projects in Zimbabwe.”

Title of Paper: “Communication that wins rural votes: A comparative study of political communication strategies employed by ZANU-PF and the MDC in Zimbabwe’s national elections since 2000.”