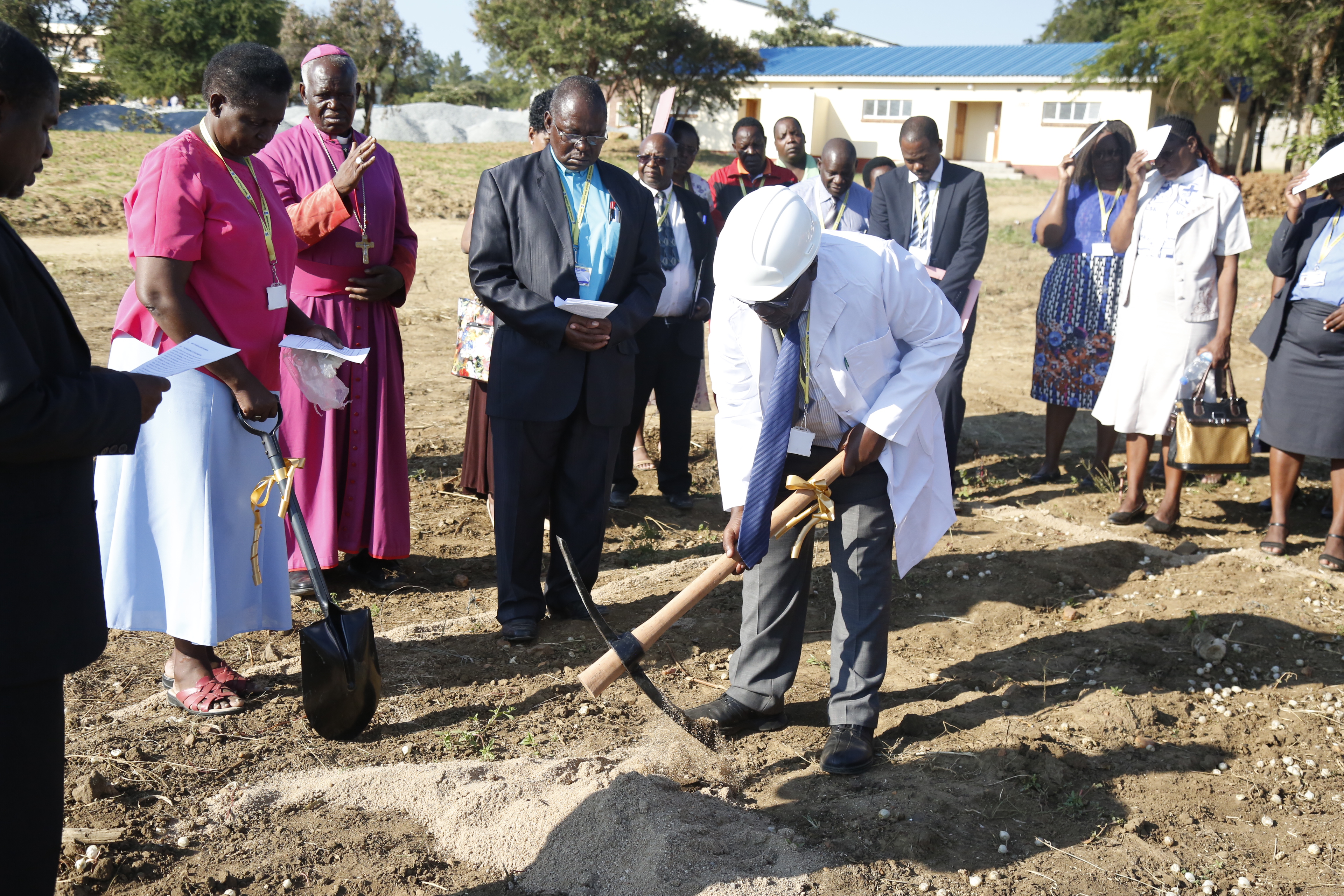 Tuesday, 19 April 2016 will go down in the annals of Midlands State University as a historic day as it was on this day that a groundbreaking ceremony for the University Chapel was conducted at the proposed site, marking the commencement of construction of the long awaited University Chapel.

Addressing the gathering, the guest of honour, the Right Reverend Xavier Munyongani, who is the Bishop of the Gweru Diocese of the Roman Catholic Church, applauded Midlands State University for embarking on the chapel construction project, which he said was a noble project that was long overdue. The Right Reverend noted that nothing could be achieved without turning to God stressing that even the strongest ships and nations would sink without God. Bishop Munyongani drew parallels from the Titanic, a ship that was touted as unsinkable but which went on to sink.

Turning to the scriptures the Right Reverend referred to the Book of 2 Samuel Chapter 7 verse 5 where the Lord instructed the Prophet Nathan to inform King David to, “build a temple for the Lord to dwell in”. The Right Reverend expressed his delight at the fact that the University had decided to embark on this project, as the chapel would enhance the spiritual development and fulfilment of the Midlands State University community.

In a keynote address read on his behalf by the Pro Vice Chancellor-Business Development and Administration- Professor Wekwete, the Vice Chancellor, Professor Ngwabi Bhebe expressed his joy at the commencement of the chapel construction project, which has been on the cards since 1999. Professor Bhebe lamented the fact that inclement economic conditions that have characterized the country since the turn of the millennium had stalled construction of the chapel, resulting in students having to make use of unsuitable facilities such as classrooms and common rooms for purposes of worship.

Professor Bhebe noted that construction of the chapel would go a long way in bridging a yawning infrastructure gap that was occasioned by the absence of a University chapel and chronicled the challenges that the institution has faced in attempting to construct a chapel. Just like the Right Reverend Munyongani, the Vice Chancellor cited the Book of 2 Samuel Chapter 7 verse 5 as the inspiration behind the construction of the chapel with an envisaged capacity of 2 800 people.

The ground breaking ceremony was attended by members of the University administration including the Pro- Vice Chancellor -Research and Academic Affairs- Professor Muzvidziwa, the Registrar, Mr. Mupfiga, the Librarian, Ms. Chibanda, the Personal Assistant to the Vice Chancellor, Mrs. Mangoma and the Dean of Students, Mr. Chaka.

Members of the clergy including the University Chaplain, the Reverend Dr. Mpofu, member of the University Council and Bishop of the Central Diocese of the Anglican Church, the Right Reverend I. Mukuwanda and pastors from various churches in Gweru attended the ceremony.

Let us know if you liked the post. That’s the only way we can improve.
WE WENT…WE PLAYED…WE WON THE TROPHY!!
MSU impresses at ZITF 2016