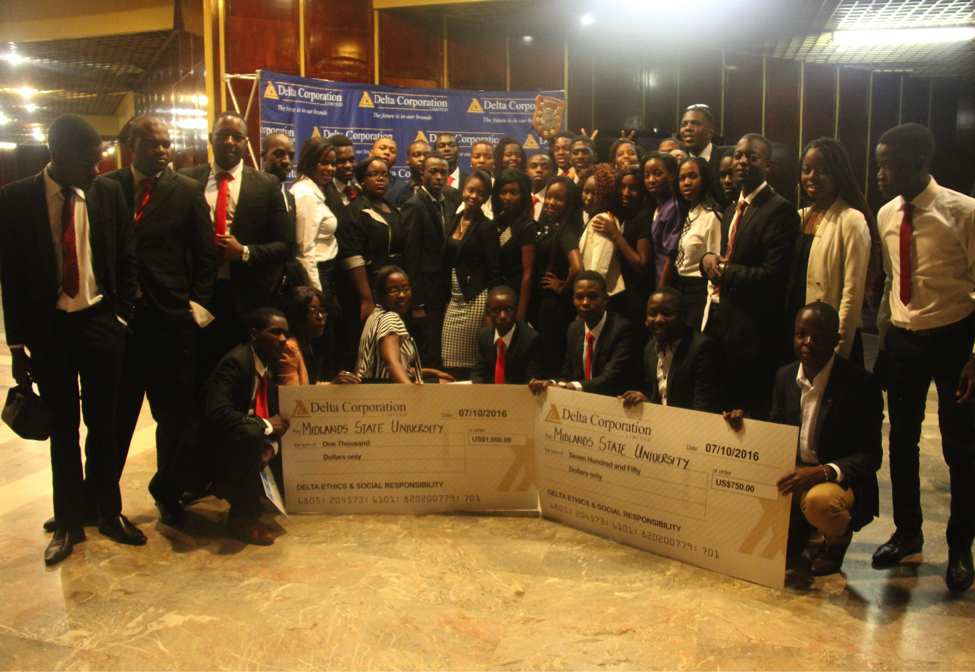 The Midlands State University Boost ENACTUS team emerged as 2nd runners up in the 2016 edition of the Delta Boost ENACTUS competitions recently  held at the Harare International Conference Centre.Held under the theme, “ Above the Influence” the competition required participating teams to go out in to societies and carry out surveys and awareness campaigns on alcohol abuse in pregnant women and youths.

Team MSU team conducted surveys in the high density suburbs of Mtapa and Ascot and the team put up a scintillating presentation which was unfortunately disrupted by a technical glitch.

In another competition in which teams were tasked to take their campaigns to social media, UZ won the first prize  with MSU coming second and winning a prize of $750.

We congratulate BOOST ENACTUS MSU for a sterling effort!

Let us know if you liked the post. That’s the only way we can improve.
MSU Leos Club Lends A Hand
Exploring 3D Mapping with Professor Emeritus Ruther