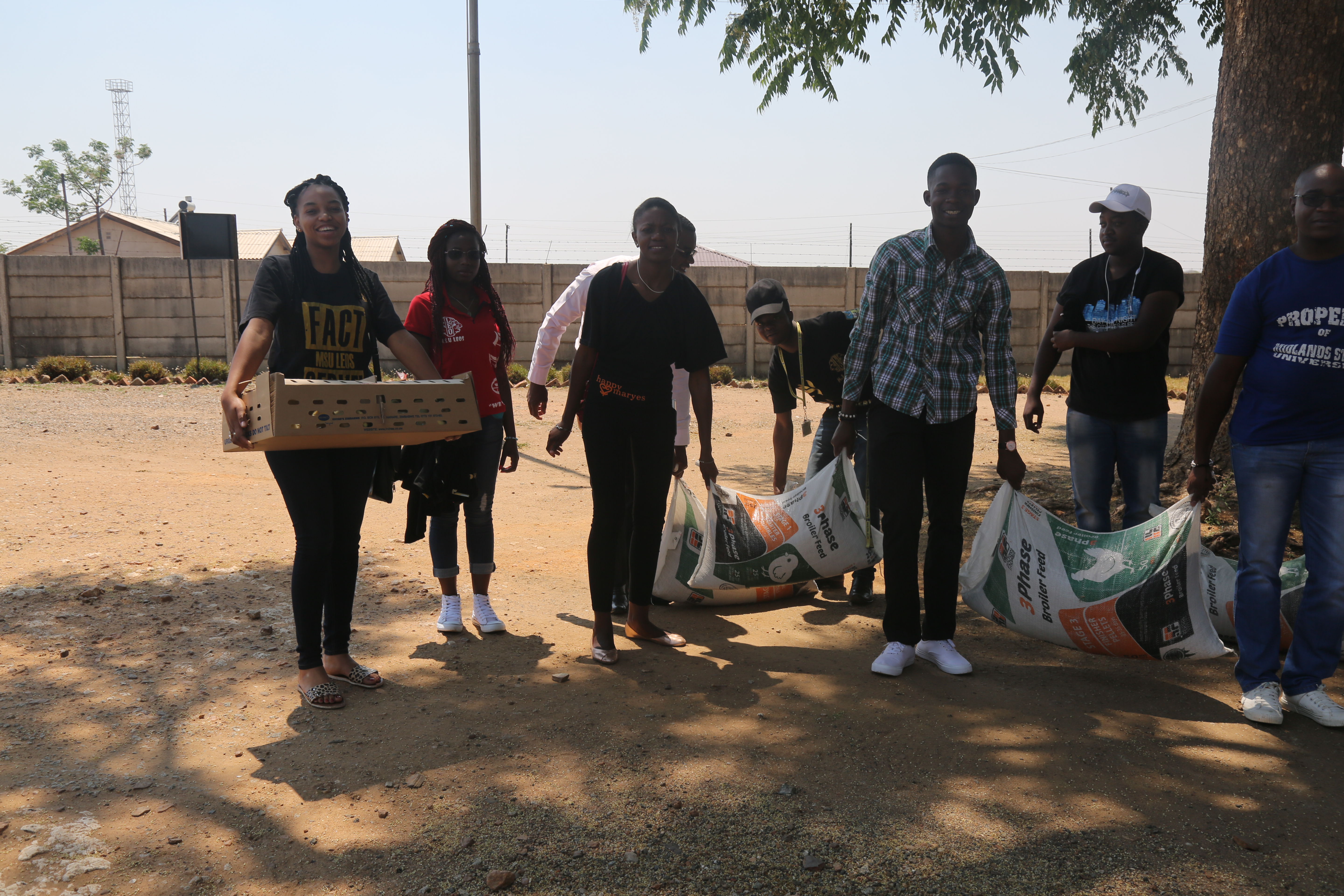 The event took place at the probation home on Tuesday the 11th of October where the delegation from the university was led by their patrons Lion Paul Mpfiga and Lion Margaret Mpfiga.

The club president Leo Claude Mtuwa and his Vice President Pride Marufu were also present at the handover. Also in attendance were officials from the Ministry of Health and Child Care and the patrons who oversee the upkeep of the children at the home.

In his statement, one of the patrons at the home, Mr Magudu expressed his sincere gratitude to the MSU Leos for noticing the institution’s needs and taking the initiative to make a change.

Mr Magudu explained that most people think the focuses on punishing young offenders but dispelled the misconception stating that Blue Hills is a place which opens its arms even to homeless children and orphans from and around Midlands, Masvingo and Matabeleland North provinces.

Youths at Blue Hills are trained in different vocational skills such as carpentry, leather work, food and nutrition, fashion and fabrics and agriculture with poultry rearing standing out as their greatest achievement.

The fowl run at the home has a capacity to accommodate 200 chickens. Prior to the donation, the home already had 100 chickens in stock. MSU Leos supplemented this by donating chicken feed and 50 day old chicks with the Leos pledging to bring the balance of the remaining 50 chicks in the coming week.

Let us know if you liked the post. That’s the only way we can improve.
MSU Psychology Association Hosts Stakeholder Conference
MSU BOOST ENACTUS Team Settle For Bronze