MSU Teams Up with Mutare Community in Clean Up

Home /News, Uncategorized/MSU Teams Up with Mutare Community in Clean Up 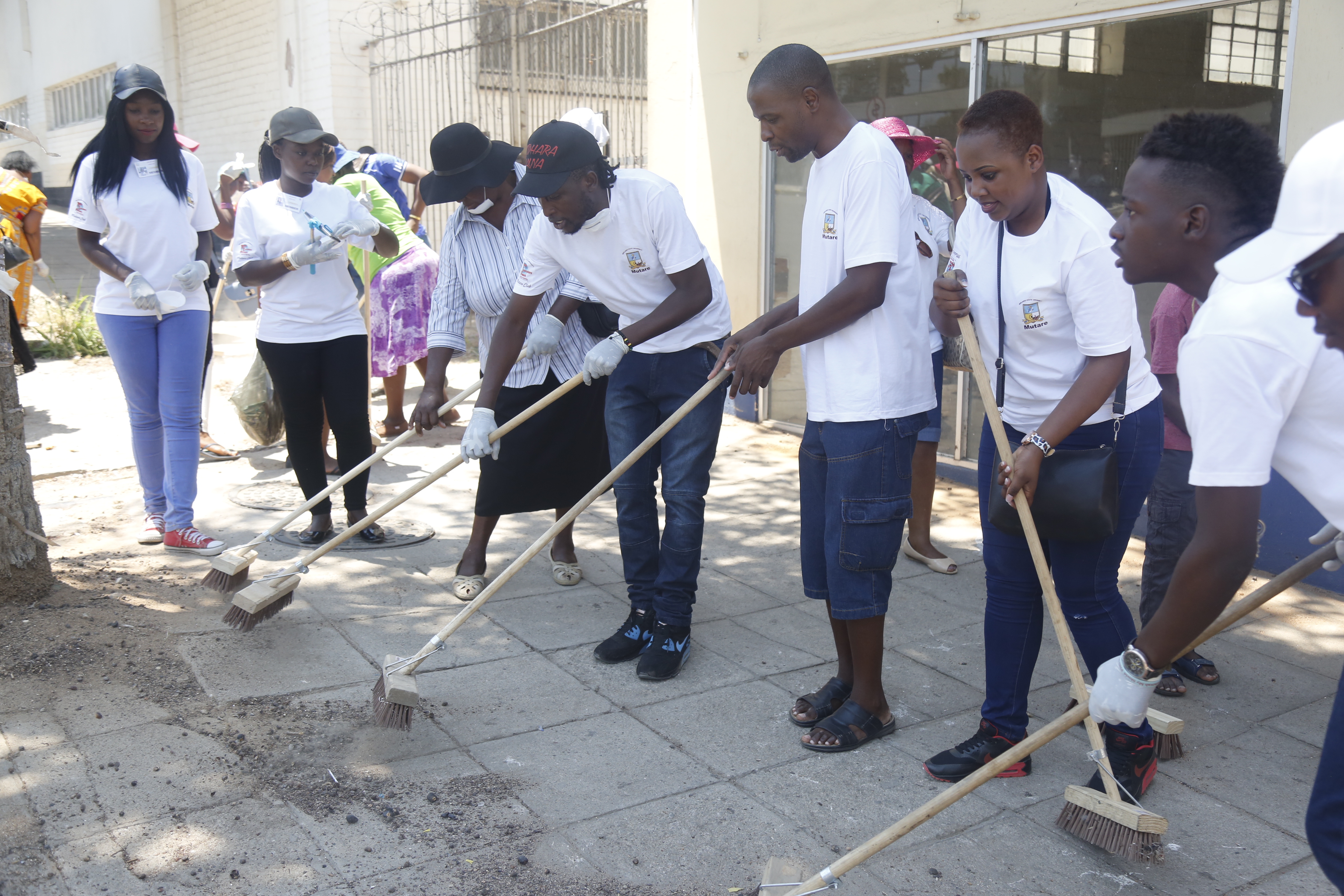 “Mai Smart, Vana Smart” is the theme of the clean-up campaign held by the Midlands State University (Manicaland College of Applied Sciences) on the 5th of November 2016. The Clean Up campaign was conducted in partnership with the Ministry of Women Affairs and the Mutare based radio station Diamond FM.

The campaign was in keeping with the University’s vision of being “stakeholder driven” with the principal stakeholder in this case being the Mutare Community. Students at the Mutare campus have a vision, which is to see the streets of Mutare clean, to the point that litter is seen as a taboo, they envision a city that is so orderly and peaceful that families can admire the architecture while sitting on pavement benches, and the first step to transforming this vision into a reality is to clean the dirty streets.

The Mayor of Mutare, Mr Tatenda Lovemore Nhemarare officially opened the event. Addressing participants, the Mayor highlighted how pleased he was to see students from MSU helping the council in cleaning the city especially in light of challenges faced by the city council.

Speaking at the same event, Dr Benias C. Nyamunda a lecturer at the Mutare campus called on the city fathers to increase the number of bins in the city, as this would go some way in alleviating the problem of litter in the city.

Also, present at the clean-up campaign was Diamond FM’s DJ Barbara Vhengedza aka DJ Teardrop who also commended MSU for undertaking the initiative.

The clean-up campaign began at Meikles Park then the party headed to Robert Mugabe Way before ending their campaign at Mutare’s main bus station.

Let us know if you liked the post. That’s the only way we can improve.
The Trophy Is Here…
2016 Graduation Date Unchanged