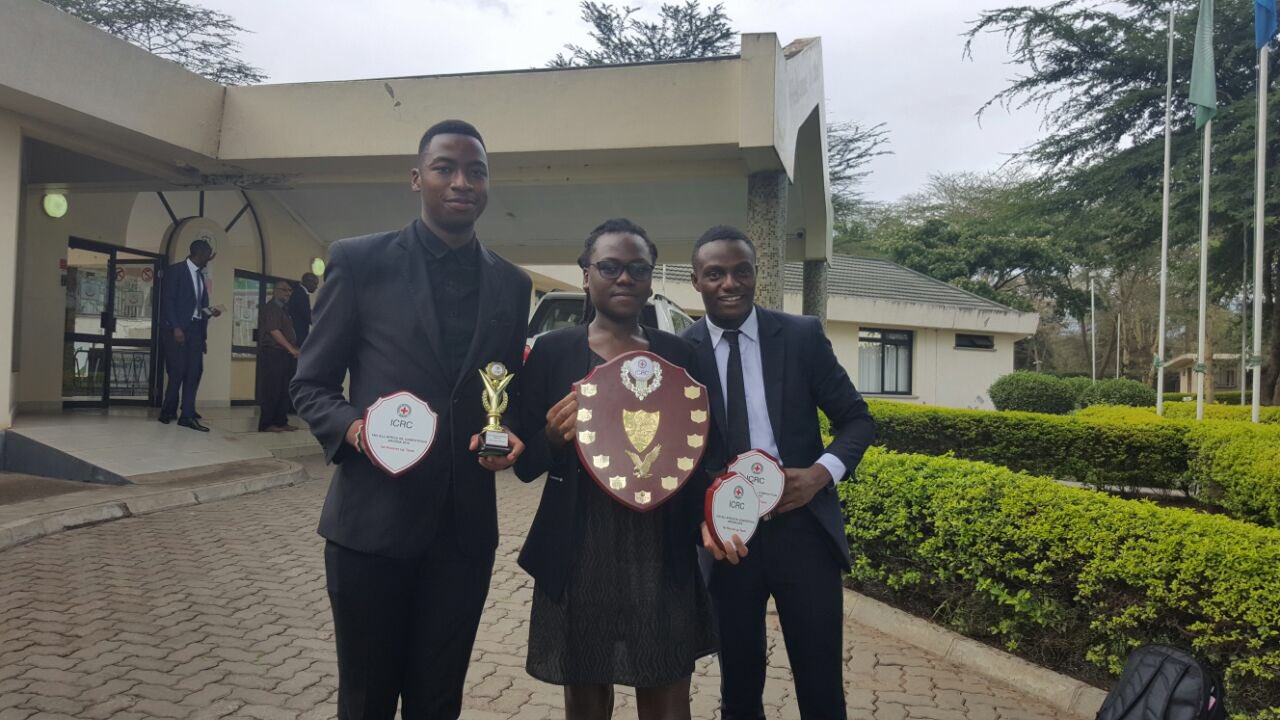 The Midlands State University team to the 2016 edition of the International Committee of the Red Cross (ICRC) sponsored Pan African Humanitarian Law Moot Court competition flew the University, and indeed, the national flag with distinction after emerging as runners up in the finals of the competition that were held in Arusha, Tanzania on the 19th of November.

Representing Zimbabwe after having won the International Humanitarian Law (IHL) National Moot Court competition held in Harare in October 2016, the Midlands State University team put up a show for the ages to proceed to the finals of the competition that was held at the Headquarters of the International Criminal Tribunal for Rwanda, in Arusha, Tanzania. The competition brought together eleven teams from nine countries across the continent.

Appearing in the African finals of the competition for the first time in the history of the University, the team comprised of Zwelithini Eugene Xaba, Conrad Nyathi and Letash Nothando Nyathi squared off against their counterparts from the University of Uganda, putting up a valiant performance in being narrowly edged into the runners up spot by their colleagues.

The MSU team’s historic performance in Arusha, caps off a phenomenal year for the University’s Moot Court teams. In addition to winning the Zimbabwe edition of the IHL Moot competition, another MSU team put up an admirable performance at the African Human Rights Moot Court Competition held at the University of Pretoria, in South Africa.

We congratulate the Moot Court Team and the Faculty of Law for announcing Midlands State University’s presence as an institution of repute on the African continent.

We are, undoubtedly and proudly; among Africa’s best!

Let us know if you liked the post. That’s the only way we can improve.
2016 Graduation Date Unchanged
President Presides Over 16th MSU Graduation Ceremony