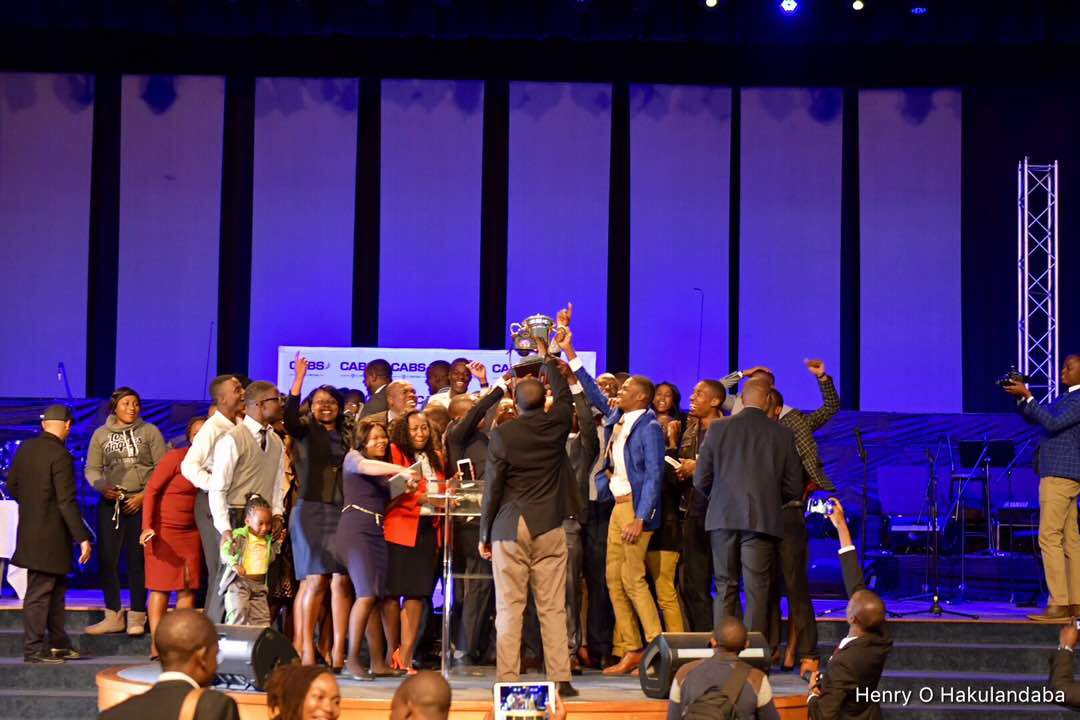 Midlands State University is this year’s 2017 Boost-Enactus National Champion after emerging as the overall winner of the national competitions held at the Celebration Centre, in Harare on the 14th of July.

Working with the Senga community, the MSU Boost-Enactus team came up with two brilliant projects encapsulating the theme ‘Gold in Garbage’, that were aimed at alleviating poverty as well as uplifting the lives of project beneficiaries and the community at large. Through the both projects, the team successfully created innovative solutions that also addressed waste management within the community.

The first project ‘Our Home’ focused on Blue Hills Rehabilitation Centre and saw the team creating a vertical garden at the centre using PET bottles. Apart from enhancing food security, the project also taught the children at the centre invaluable artisan skills.

The second project the ‘Tsapo Bag’, focused on an innovative thermostatic bag, which acts as a slow cooker, warmer and cooler and is made from 50% recycled materials. Several tailors in Senga, together with their families were taught how to make the bags using recycled materials. To help market and sell the bags the MSU Boost-Enactus team also launched a specially designed website for the ‘tsapo’. Consequently, with the ‘tsapo’ communities are able to Reduce, Reuse, Recycle and Recover, thereby effectively managing waste in an environmentally sustainable way, while at the same time earning a living.

For its hard work, determination and resilience, the team scooped an impressive 5 awards, namely: the Digital Knowledge Award, Financial Literacy Award, Faculty Advisor of the Year Award, which went to Mr P. Govan, the Co-Faculty Advisor Award, won by Miss M. Viriri, and the much coveted Enactus Team Leader of the Year and Fellow of the Year awards, which both went to Tatenda Zuze.

Having won the 2017 national championship, the MSU Boost-Enactus Team, will now for the second time go on to represent both the University and Zimbabwe at the Enactus World Cup competitions to be held in London, from 26-28 September 2017.

On behalf of the entire University community, we wish to congratulate the MSU Boost-Enactus Team for yet another commendable achievement.

Setting the pace, MSU Enactus – We lead while others fellow – Congratulations! Makorokoto! Amhlope!

Let us know if you liked the post. That’s the only way we can improve.
MSU Faculty of Law qualifies for the World Human Rights Moot Court Competition
Another First for MSU and Zimbabwe in Geneva