Another First for MSU and Zimbabwe in Geneva

Home /News, Uncategorized/Another First for MSU and Zimbabwe in Geneva 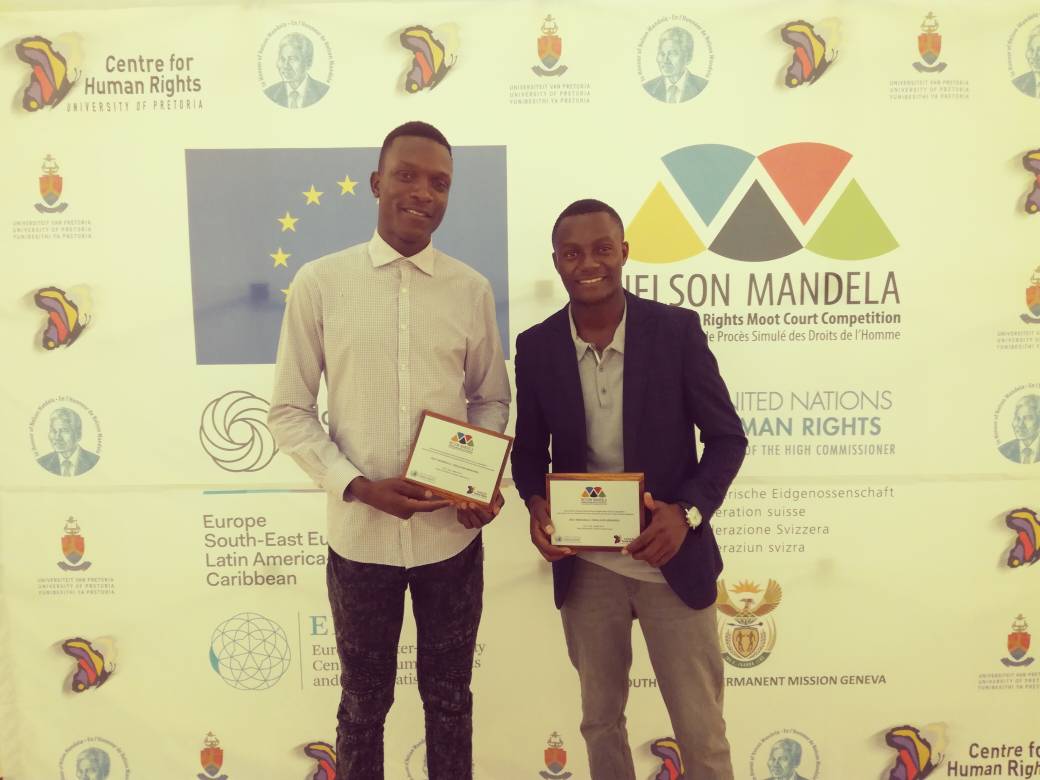 History has been made by the Midlands State University Faculty of Law moot team, which participated at the 9th Nelson Mandela World Human Rights Moot Court Competition held at the United Nations-Palais des Nations in Geneva, Switzerland from 18 to 21 July 2017. The MSU team of Brian Tatenda Madziba (a final year student) and Conrad Melusi Clinton Nyathi (a fourth year student) became the first-ever Zimbabwean law school team to come first in the HEADS OF ARGUMENT CATEGORY.

This means for the 2017 edition of the competition; Midlands State University are the world champions in this category! This is a great achievement which no law school in Zimbabwe has ever achieved at the global arena.

‘This is a milestone achievement which parallels no other in our law school’s history. It is a victory for legal education in Zimbabwe as a whole. It is a testament to the quality of legal education at MSU which is geared towards meeting national, regional and international exigencies. Quality legal arguments are the bedrock of jurisprudential development in any legal system and we are excited that our students are world champions in this respect.’

The best 5 teams from each UN region are then invited to participate in the final rounds of the Competition in Geneva. From a total of 30 Universities that registered in the Africa Group, Midlands State University qualified among the top 5 teams to make it to the final round. In the final rounds, teams have to argue the two sides of the hypothetical case, the Applicant and the Respondent, before a ‘bench’ of human rights experts. The two best teams proceed to the final round, which is presided over by judges from international courts and tribunals.

The top 10 universities are:

Let us know if you liked the post. That’s the only way we can improve.
MSU Boost-Enactus Team Crowned National Champions
MSU School of Social Work Officially Opened