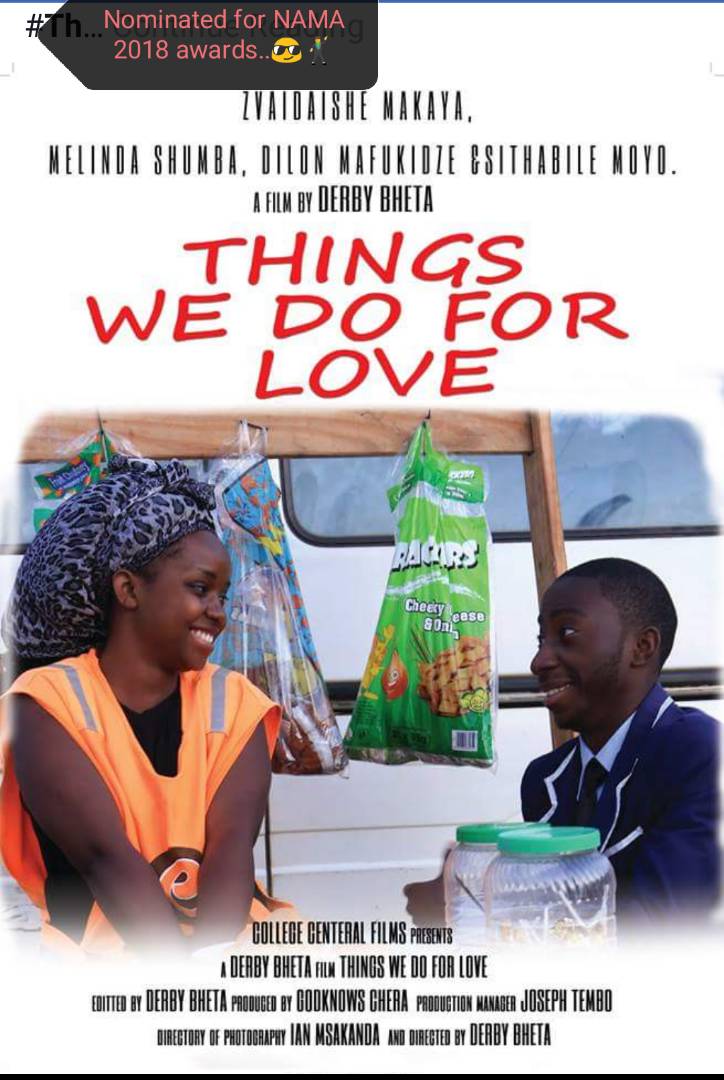 Midlands State University’s Film and Theatre Arts department is on the verge of winning its first ever National Arts Merit Award (NAMA) after being nominated in the Outstanding Screen Production category.

College Central’s as the Department’s production team is popularly known, was nominated for its short film, ‘Things we do for love’ and will be going up against two other productions, ‘Ruvimbo’s Wedding’ and ‘Baba the joys of fatherhood’ by Ben Mahaka and Ignatious Matope respectively.

College Central is still riding high in the film industry, after having won the 2017 best short film award in the Hi-5 category late last year, during the joint Zimbabwe International Film Festival, (ZIFF) and International Images Film Festival (IIFF) festival. Winning a NAMA will definitely put the icing on the cake and see College Central add another much deserved award to their trophy cabinet.

‘Things we do for love’ was produced by Godknows Chera, a member of staff in the department of Film and Theatre Arts and directed by Derby Bheta, a former student in the department, who graduated last year.

Speaking ahead of the awards ceremony to be held on Saturday the 17th of February 2018, in Harare, Chera said, the nomination was a great achievement in itself for the Department as a whole as well as for those involved in the production of ‘Things we do for love’.

‘It is a great accomplishment for the department, and the nomination on its own has motivated and created confidence among our students. It is also a sign that we have managed to produce a good quality production that meets international standards using a low cost budget’, said Chera.

Going forward, Chera says, the Department will continue to work on producing more content, which is unique, original and of high quality.

On behalf of the entire University community, we say to the department of Film and Theatre Arts and College Central, congratulations on your nomination and wish you success at the awards ceremony.

Let us know if you liked the post. That’s the only way we can improve.
MSU International Students Go Green
MSU Complements Efforts to Build Resilience through the Introduction of Climate Smart Crops