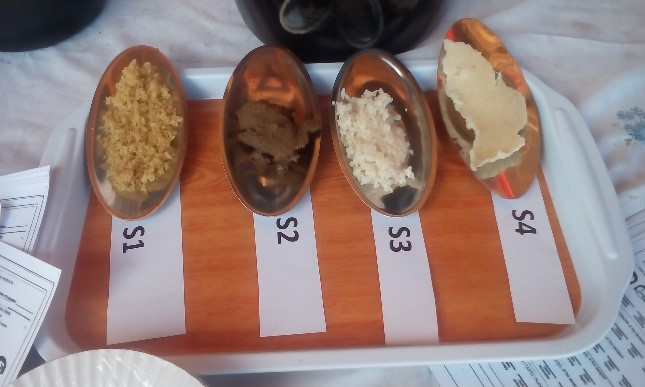 Early last year (2017), Midlands State University participated in the bid for the Zimbabwe Resilience Building Fund (ZRBF), within the UNDP framework, which is expected to run for 10 years. The University participated as part of a consortium led by DanChurch Aid. The consortium is one of the two that won the 2017 round of the ZRBF grant of USD 5 123 367.00 dollars, culminating in the Sizimele Project.

Sizimele aims to support resilience building efforts in three districts of Matebeleland, namely Lupane, Insiza and Matopo. The initiatives are premised on the understanding that communities suffer setbacks in development owing to environmental (unusual climate events such as floods and droughts) as well as socioeconomic shocks. These shocks often lead to loss of development gains societies would have accumulated. Sizimele interventions thus aim at safeguarding societies from loss of development gains in the face of shocks and stressors.

As part of the Sizimele efforts, MSU was mandated to spearhead the introduction of climate smart crops in order to diversify the farming systems in the targeted districts. The first project, which is currently underway is the introduction of a climate smart crop called Quinoa. Quinoa is an all nutrient crop originating from Peru and Bolivia. Quinoa, a unique crop that contains all the essential amino acids, trace elements and vitamins and can be grown in drought prone areas even in low fertility soils. In view of quinoa’s exceptional nutritional quality and versatility, the United Nations General Assembly declared 2013 as the International Year of Quinoa.

The introduction of the crop is in three phases: Seed Multiplication, Sensitization/Awareness and Preparation of Quinoa Production Manual.

Seed imported from Ethiopia was planted at the University’s Agriculture Practice departmental field on the 17th of November 2017. The second phase of the seed multiplication trial is set to be rolled out at the University’s Kwekwe campus farm under irrigation. After multiplication and approval by the Ministry of Agriculture Mechanisation and Irrigation Development’s department of Research and Specialist Services (plant quarantine), the seed will then be introduced in communities, during the 2018 growing season.

Already, the first planting is at the milk dough stage, a stage just before maturity. The first harvest is expected soon. Commenting on the experiences with the crop to date, this is what one of the researchers had to say about the crop:

‘It is an amazing crop. The first planting we did at Midlands State University on the 17th of November is now at milk dough stage, exactly two months after planting. No other crop is capable of achieving this kind of field time. Maize would require a minimum of 80 days while sorghum almost the same amount of time. This means the crop can do well even in areas with the shortest rain seasons’ said Dr Muziri.

As part of the second phase, a team of MSU researchers comprising Dr Muziri, Dr Manjeru, Mr Manhokwe and Mr Mugandani carried a quinoa sensitisation exercise in Insiza, aimed at creating awareness of the new crop within the community. For the people of Filabusi, it was also indeed a belated Christmas as they were treated to 2 days of festivity by Midlands State University lecturers and Community Capacity Building Initiatives Centre for Africa (CCABICA) officers. The communities were given an opportunity to taste and evaluate dishes of quinoa, sorghum, maize and rice.

Let us know if you liked the post. That’s the only way we can improve.
Maiden NAMA Beckons for MSU Film and Theatre Arts Department
Midlands State University to Partner Ben-Gurion University