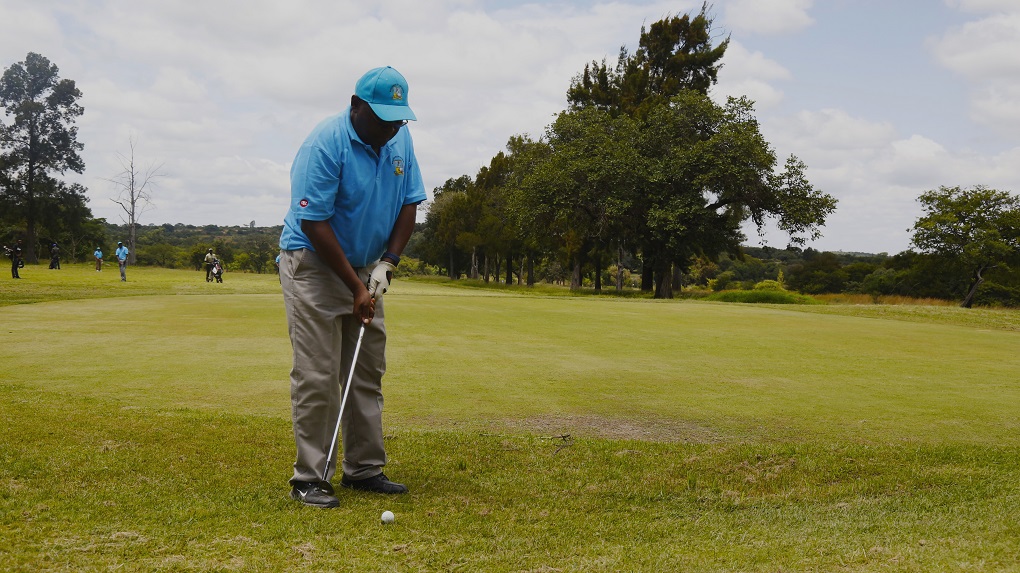 Saturday, 10 March 2018, saw Midlands State University (MSU) hosting its first 2018 Corporate Golf Tournament at the Gweru Golf Club. The CBZ sponsored tournament was well attended, with 94 golfers drawn from the University’s various stakeholders, including students taking part. The Gweru edition of the MSU Golf Tournament has become a popular recreational and networking event that the University stakeholders, particularly the Midlands golfers, look forward to every year.

The University prides itself as a stakeholder-driven institution and, true to its word, it occasionally creates platforms for informal interactions with its stakeholders so as to get insightful feedback on its operations and products, namely, graduates. As such, golf tournaments create an opportunity for the University to interact and network with the corporate world which is key to the success of the University. It is through such engagements that strategic partnerships are initiated. Given that business executives from Industry and Commerce are the point persons for evaluating the quality of our graduates, it is, therefore, through casual discussions whilst on the golf course that crucial input and feedback is received. The feedback subsequently assists in improving our service delivery and developing demand-driven academic programmes.

Speaking at the prize giving ceremony, the MSU Acting Vice Chancellor, Professor V N Muzvidziwa, reiterated the seriousness with which the institution values its stakeholders. “In all our undertakings as a University, we acknowledge the vital contribution of our stakeholders and rely on your unparalleled support in order for us to succeed said Prof Muzvidziwa.

The Acting Vice Chancellor also informed stakeholders that two faculties, namely, the Faculty of Law and the Faculty of Natural Resources Management and Agriculture would relocate to MSU’s new campus in Kwekwe, where the University’s Projects Department has already begun to construct the requisite physical infrastructure. He highlighted that the University would need support of its valued stakeholders for the full establishment of the new campus.

CBZ Bank executives also took advantage of the exclusive sponsorship to market their new products during the prize giving ceremony.

Winners of the day walked away  with quality prizes for their efforts. The prize giving ceremony was capped with a braai and entertainment. The participants were kept on their toes as they were treated to music and energy-filled performances from the University’s Music Business, Musicology and Technology Band. The music band lived up to its expectations and left golfers calling for more entertainment. Special thanks goes to CBZ for the full sponsorship of the tournament. MSU organizing team did not disappoint as the event was well organized.

Let us know if you liked the post. That’s the only way we can improve.
MSU Faculty of Law and TRACE Launch Ground-Breaking Diploma in Paralegal Studies
History and International Studies Student Scoops Coveted Award