﻿Lynette Ndlovu Appointed as the First Ever FAMSA Female President 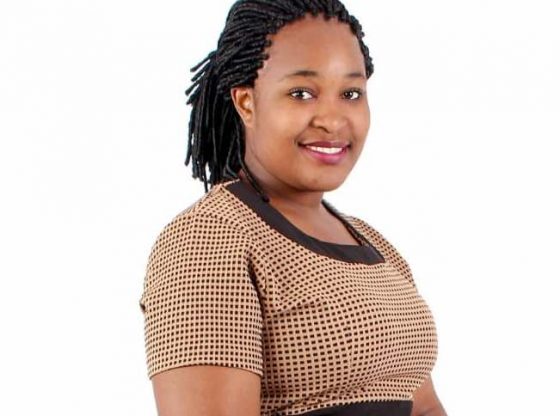 Ndlovu was elected through an online voting platform after having satisfied the rigorous selection criteria, which was based on academic merit, sound leadership skills, and community service. She survived tough competition to become the first-ever female president from Southern Africa since the birth of the organisation in 1968.

As President, she went on to select the Financial Director, Panashe Mangoze and Secretary, Tinotena Ngwarati who are both MSU students and previous regional coordinators for Southern Africa. Together these three have a vision of increasing the visibility of MSU’s medical school through creating an African medical hub and establishing a successful medical student exchange programme with students from all over the globe.

Lynette Ndlovu has worked tirelessly over the years on her way to election in various capacities all the while, reaffirming her leadership skills, commitment and dedication towards empowering African communities. 2018 was a notable year for the University’s medical students as seven students were selected to be part of the inaugural Southern African boot camp on female reproduction including HIV/AIDS held in Malawi. Ndlovu together with Nobert Mashoko represented Midlands State University and the country exceptionally well and this resulted in the birth of Youth Against Aids [YAA] sessions in high schools in the Midlands province through the ZiMSA standing committee.

Furthermore, Ndlovu was an active member of the organising committee for the African Regional meeting for medical students’ representatives from all over Africa, hosted by Zimbabwe last year (2018). The same year also saw Ndlovu being chosen to be part of the national advisory council at the ZiMSA annual general meeting held at the Zimbabwe Medical Association (ZIMA) headquarters in Harare.

It, therefore, goes without saying that Ndlovu’s excellent track record speaks volumes about her capabilities and leadership skills and further attests to the high calibre of medical students being nurtured by the University and the nation at large.

On behalf of the entire University community, we say Congratulations, Makorokoto, Amhlope and wish you all the success during your term of office as you undoubtedly serve with excellence.

Let us know if you liked the post. That’s the only way we can improve.
Congratulations 2018 International Students Graduates
MSU Attends Tugwi-Mukosi Development Project Site Meeting