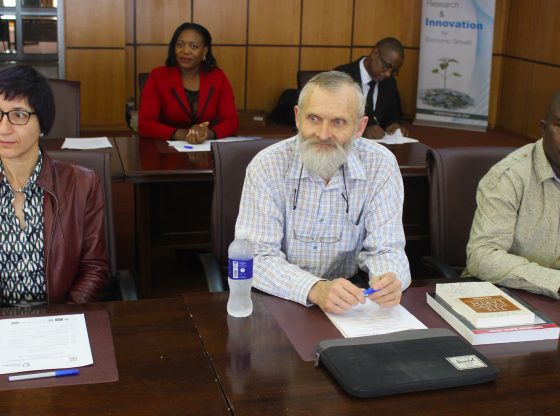 The Midlands State University “Inception Workshop” for Higher Education Partnerships in Sub-Saharan Africa has been officially opened amid efforts by the Faculty of Mining and Minerals Processing Engineering to enhance the quality of engineering education so that such programmes in universities and colleges can match and advance current and future industry needs.

The University intends to achieve this by stimulating and incubating at least ten engineering student businesses with support coming through the incubation hub among other methods.

The workshop was officially opened by the Midlands State University Vice-Chancellor Professor Victor N. Muzvidziwa on Tuesday the 26th of February 2019 at the University’s Gweru Main Campus.

The workshop was attended by researchers, academics, students and industry experts, and organised by the Faculty of Mining and Minerals Processing Engineering which has been awarded a granted to the tune of €140 000 (Euros). The grant was awarded by the Royal Academy of Engineering in November last year and will be used to support research and teaching in the field of engineering.

According to the Executive Dean of Mining and Minerals Processing Engineering, Dr Antony Mamuse, the research project will focus on the assessment of Zimbabwe`s industrial minerals and coloured gemstones since the minerals are poorly understood and neglected.

‘Consequences of that neglect are that downstream extraction and beneficiation of these commodities remains underdeveloped. Now we have come to try and partner with others, to extract them, to beneficiate them so that we can propel Zimbabwe to its 2030 vision. We will comprehensively study and characterise these materials and subject them to geo metallurgical and other tests and also manufacturing of prototypes out of those materials so that we start to unlock value,’ he explained.

Professor Muzvidziwa expressed gratitude to the Royal Academy of Engineering for their commitment to improving the quality of engineering education, which is very critical to the development of the country.

He expressed confidence that the grant will catapult the faculties and partners involved in the project, and elevate the University into a centre of engineering education and innovation through the establishment of partnerships that work.

‘I`m very pleased that the project, which is being funded by the Royal Academy of Engineering helps us to fulfil the kind of mandate that universities now have and one of the objectives is to take the country to a middle-class economy by 2030. This will remain a pipe dream unless sectors like the mining industry are fully developed and enabled to produce the goods and services that we talk about.’

The Higher Education Partnerships in Sub-Saharan Africa was established by the Royal Academy of Engineering to address engineering skills shortages. It was also established for the purposes of showcasing the role of engineering in driving economic development in the region and beyond as well as promoting cooperation and collaboration among partners to allow for the sharing of resources and expertise.

Let us know if you liked the post. That’s the only way we can improve.
Universities Urged to Equip Engineering Students with Soft Skills
Creating Clean and Healthy Spaces