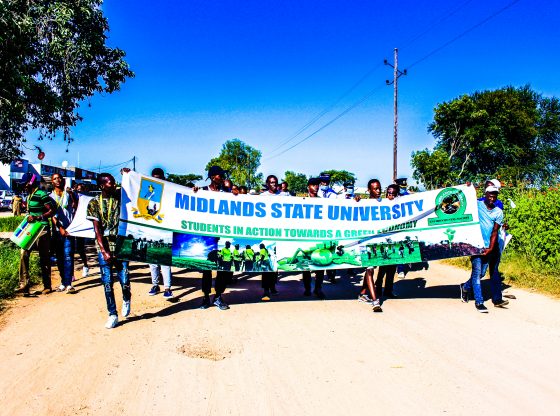 Midlands State University staff and students across all its campuses spent two hours on Friday the 1st of March 2019, from 8 am to 10 am picking up litter and cleaning their immediate and surrounding environments.

In Gweru, students and staff participated in two clean-up campaigns one held at the University’s Main Campus, while the other was held from Senga Shopping Centre to Nehosho Suburb. The latter campaign brought together various stakeholders and was graced by the Minister of Local Government, Public Works and National Housing Cde July Moyo, the Minister of State for Midlands Province, Honorable Larry Mavhima and City of Gweru Mayor, Councillor Josiah Makombe among others.

In Zvishavane, the clean-up campaign saw students and staff cleaning the Zvishavane Campus as well as the nearby Machipisa Business Centre. The clean-up was led by the Campus Director, Professor A. Viriri and the Deputy Registrar Mr N Shava.

Let us know if you liked the post. That’s the only way we can improve.
MSU Hosts Inception Workshop
MSU Mining HEPSSA Project Embarks On Field Visits