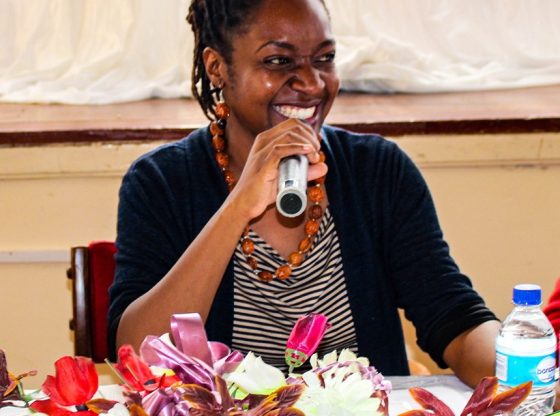 Tariro NeGitare says women in the music industry, face many challenges that include stigmatisation, sexual abuse and are often denied, the much needed moral support and encouragement from their families.

Speaking while delivering a public lecture on Thursday 9 May 2019 at Midlands State University’s Gweru Main Campus, the multi-talented award winning female artist, musician, songwriter, mother, philanthropist and educator said, ‘there is a need to educate society on what it means to be a woman and to be gender sensitive rather than to be gender biased’.

Tariro also encouraged women that want to venture into music, to be bold and to believe in themselves.

‘When women want to follow their passion for music and pursue a career out of it, they need to start believing that they are indeed equal to men and can do the same things men do,’ she noted.

The lecture, which was organised the Music Business, Musicology and Technology (MBMT) Society, was held in the University Great Hall and sought to explore and educate members of the University community as well as members of the public on issues to do with gender and feminism in the Zimbabwean Music Industry.

Commenting on the public lecture, Chairperson of the Music Business, Musicology and Technology Department, Dr P. Matiure, commended the organisers and called on them to organise more lectures, of a similar nature in the future.

‘Women have always been anchors of our society, for example, taking the Shona idiom “musha mukadzi” which loosely translates to “a woman makes a home” is evidence enough of the importance and significance of women in our societies as they are the pillars of strength, care and love’ he said.

The MBMT Society patron, Mr P. D. Bajila, applauded Tariro for her humility, in agreeing to deliver the public lecture and share her expertise and experiences in the music industry.

Let us know if you liked the post. That’s the only way we can improve.
MSU Language Institute Set to Promote Indigenous Languages & Culture
Midlands State University to Partner North-West University