Prof. Magwa Publishes a Culture and Heritage Book for Zimbabwe 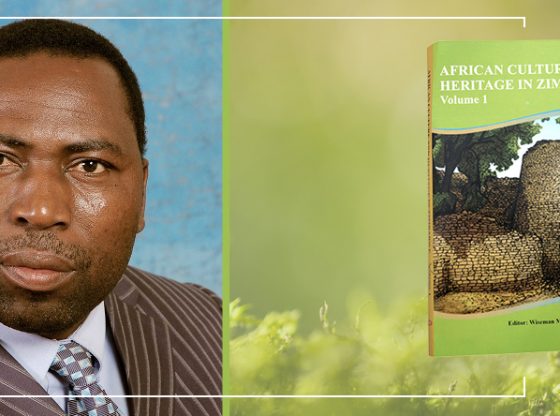 Zimbabwe’s education system in the new republic is now anchored on Heritage Education 5.0 Model with a view to achieve Vision 2030. The Minister of Higher and Tertiary Education, Science and Technology Development Professor Amon Murwira who is the proponent of this education system design pronounced recently a new philosophy to guide higher education in Zimbabwe which he calls “the heritage based doctrine”. A heritage based education system demands from learners, knowledge of Zimbabwe’s heritage and culture which should be seen as integral to people’s lives. No-one therefore should be called educated unless they are at one with the culture that spawned them and which hosts them. What is required in the new system of education is a kind of cultural exorcism which should detoxify Africans in general and Zimbabweans in particular with the ultimate goal of enabling them to be less skeptical of their own culture and heritage.

Our culture and heritage are the springs from which we metaphorically drink the living waters that give us the strength to succeed in our endeavours. Thus the quality of our lives can only be improved when we become fully conversant with how to deploy culture and heritage as the fundamental requirements underlying our education and national development. Furthermore, that which distinguishes us as a nation from other nations is discernible in our culture as expressed by the African languages that we speak, the songs that we sing, the music that we dance to, our national monuments as well as our faiths and beliefs. It is of paramount importance that Zimbabwe has recently joined the ranks of countries around the world that elected to recognise culture and heritage as important aspects in national development. Like other countries in the world, Zimbabwe undertook to protect and conserve the cultures of all groups as enshrined in the UNESCO Convention on the safeguarding of cultural and natural heritage in the year 1972. Furthermore, Zimbabwe has pieces of legislation such as the Traditional Leaders Act (TLA), the National Museums and Monuments of Zimbabwe Act (NMMZ) and other Acts whose role is to facilitate adherence to the Act by promoting, protecting, conserving and enhancing all efforts directed at culture to ensure that it is adhered to and survives.

This book, is coming out timeously at a time when Zimbabwe is in the process of upgrading culture within the education system. The expectation is that this book will facilitate the teaching and learning of African culture and heritage in high schools, colleges and universities of Zimbabwe. The book is intended for ‘consumption’ by the entirety of the nation of Zimbabwe, particularly the students and teachers of culture. It aims at ensuring that learners across different levels attach importance to culture and its relevance to socio-economic development. Without doubt, the book also speaks to all visitors to the country who genuinely desire to become conversant with the country’s culture.

The book comprises six (6) chapters whose content meets the objectives set out by its distinguished panel of writers. The chapter contributors to this book are Professor Rungano Zvobgo (Vice Chancellor, Great Zimbabwe University); Professor Wiseman Magwa (Vice Chancellor Emeritus, Reformed Church University); Professor Shumirai Nyota; Professor Kutsirayi Gondo; Dr Benjamin Mudzanire; Dr Mickson Mazuruse and Mrs Tsitsi Nyoni who are all lecturers of culture and heritage studies at the Great Zimbabwe University. What makes the book particularly commendable is this esteemed team of writers who individually and collectively are academics and researchers of repute. The writers are at pains to establish the organic link between culture and the language of learning and instruction throughout the country’s education system. They discuss in detail the multi-faceted concept of development that most nations aspire for in education, politics, economic development and well-being of the country. They go further and define who the African people of Zimbabwe are by delving into the history and traditions of the various ethnic groups that are now indigenous to the country. The final chapter of the book examines the question of culture and pedagogy and recommends that teachers adopt an eclectic design for teaching and promoting culture. This first volume will be followed by another in which the writers provide greater detail on all various aspects of African culture and heritage in Zimbabwe hence the reader will be much richer and more knowledgeable about the cultures and traditions of the various people of Zimbabwe in the second volume.

The editor of the book, Professor Wiseman Magwa is a full Professor of language and culture and also founding Vice Chancellor of the Reformed Church University. He has written extensively in the area of language, culture and education with more than 100 academic articles plus 27 books written in both English and Shona. Currently he is the founding Director of the newly established Midlands State University Language Institute where he made history by coordinating the translation of the New Constitution into fifteen (15) indigenous languages including Sign Language. No country in Africa has managed this record achievement except for Zimbabwe.

The book is available at Mambo Press Bookshops nationwide.

Let us know if you liked the post. That’s the only way we can improve.
MSU Scoops 2019 National Debate Open Championship
MSU Holds Data Analysis Workshop for PhD Students