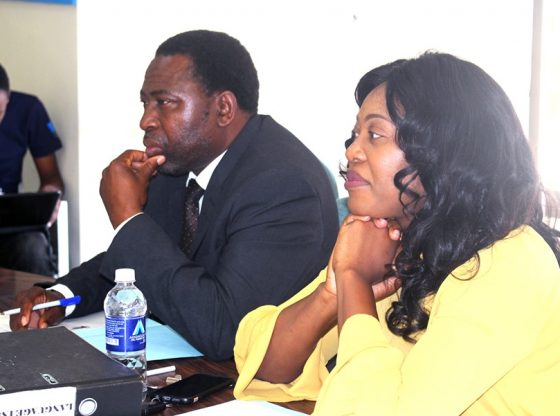 Midlands State University Language Institute (MSULI) has held its first Strategic Planning Workshop aimed at aligning the Institute`s strategic vision to the national strategic goals. The three-day workshop which will run until Friday the 6th of September 2019, at the University’s Incubation Hub was officially opened on the 4th of September 2019, by the Assistant to the Vice-Chancellor, Professor Hazel T. Ngoshi on behalf of the Vice-Chancellor Professor Victor N. Muzvidziwa.

The Language Institute has achieved several successes since its launch in May 2019 which include the signing of a Memorandum of Agreement with Premier Services Medical Investment (PSMI) for the provision of sign language tutorials to all its employees. Additionally, another Memorandum of Agreement was signed with a South African based non-governmental organisation, Sonke Gender Justice for translation services for a UNDP research project.

In a speech read on his behalf, Professor Muzvidziwa said MSULI has in recent months edited and translated several documents by the University’s members of staff to the satisfaction of various stakeholders and that this serves as an indicator of more imminent agreements the Institute can look forward to both locally and internationally.

‘The Institute has become the key provider of critical language services such as editing and translation and sign language locally and internationally,’ he said.

MSULI Acting Director Professor Wiseman Magwa said the Language Institute has among other accomplishments, successfully hosted the translation of the National Constitution of Zimbabwe into all official local languages to the satisfaction of the nation.

‘It is therefore imperative that we craft a strategic plan for the institute such that we can offer services accordingly and anyone can refer to it in order to drive the institute forward in adherence to the National Vision 2030,’ he added.

The three-day workshop will among other issues focus on the review of the MSU Strategic Plan, Environmental Scanning, Swot Analysis as well as the crafting of the Mission, Vision and Core Values.

Let us know if you liked the post. That’s the only way we can improve.
MSU Law School among the top ten in the world
MSU Hosts Inaugural Internationalization Workshop