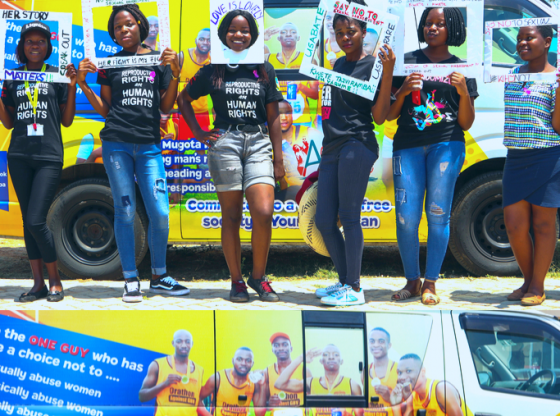 Running under the theme; ‘No excuses, let’s end sexual harassment’ the fair was aimed at creating awareness of sexual harassment among students as well as connecting them with representatives from various health professions. Stakeholders who attended the fair, included; SAYWHAT, Bethany Project, National Aids Council, the Ministry of Health, the Zimbabwe Republic Police’s Victim Friendly Unit, and Population Services Zimbabwe.

The health fair explored and addressed issues of sexual harassment that affect students at tertiary institutions.

The event featured interactive health education activities, health screening and fitness exercises. During the campaign, emphasis was also on the importance of HIV testing, cancer awareness, sexual abuse and other sexual and reproductive health and rights (SRHR) issues.

The fair was punctuated by a lot of fun-filled activities that included aerobics and performances from the Film and Theatre Arts Department.

Midlands State University has a Sexual Harassment Policy which was crafted in 2002 to protect students and staff from any form of sexual harassment.

Let us know if you liked the post. That’s the only way we can improve.
MSU Hosts Mental Health and Substance Abuse Awareness Campaign
Tertiary Institutions Urged to Improve Library Services through ICT