MSU Participates in International Day of the Girl Child Commemorations 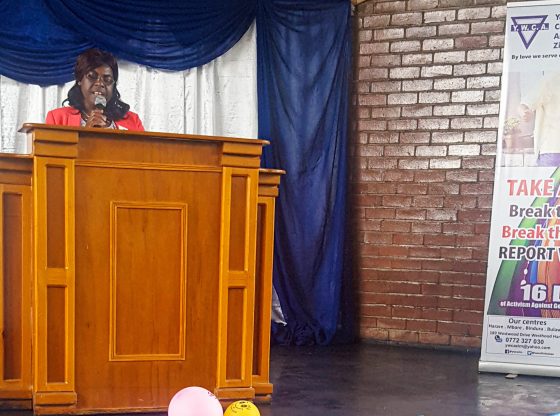 The Young Women Christian Association (YWCA) in Zimbabwe has joined the rest of the global community in commemorating the International Day of the Girl Child amid concerns that women’s contributions in society continue to receive little or no acknowledgement with regards to development due to cultural systems that perpetuate gender inequalities.

Ideas brought forward by women are often dismissed by society while many remain in the same position at their workplaces due to discrimination. Marginalization has also been noted in public toilets where condoms are made available for men yet sanitary pads are not available for women who do not choose to undergo menstruation.

Issues affecting the girl child were brought to the fore by the Acting Director for the Midlands State University`s Gender Institute, Professor Irene Muzvidziwa who was the Guest of Honour at the 2019 edition of the International Day of the Girl Child commemorations held on the 11th of October, 2019 at YWCA Centre in Gweru.

She called upon stakeholders to work together in coming up with strategies that seek to address challenges faced by the girl child and urged young girls to remain steadfast and focused in order to achieve their dreams.

‘Always have the urge to tell yourself that “I CAN do it!” and NEVER allow anything or anyone to draw you back. Remember women are the majority in Zimbabwe and always we will stand and say if you empower the woman, you have empowered the nation. Empowerment through education assists adolescents to make independent but positive decisions about their future,’ she said.

The commemorations included a march from Mkoba Shopping Centre to the YWCA Centre with students from Midlands State University, Mkoba Teachers College, Gweru Polytechnic, primary and secondary schools all participating. The International Day of the Girl Child is a day set aside to raise awareness among people about all forms of inequalities, discrimination and exploitation faced by the girl child.

Let us know if you liked the post. That’s the only way we can improve.
Zimbabwe Gender Commission Delivers Public Lecture on ‘Sexual Harassment’
NOTICE OF THE 2ND 2019 GRADUATION CEREMONY