Home /Featured, News/Midlands State University Welcomes MPhil And DPhil Candidates For The Beneficiation And Commercialisation Of Indigenous Fruits And Herbs In Zimbabwe 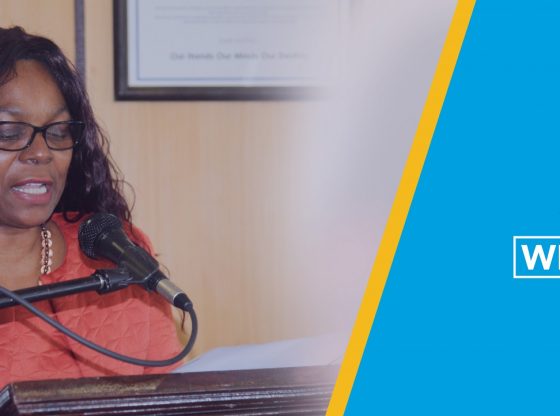 The Midlands State University has held its inception workshop for the Master of Philosophy (MPhil) and Doctor of Philosophy (DPhil) students who were admitted into the Beneficiation and Commercialisation of Indigenous Fruits and Herbs in Zimbabwe Research Project. The workshop, which was held on 14 February 2020 at the University’s Main campus, was meant to enlighten the new students about the policies and guidelines governing the MPhil and DPhil Studies as well as socialise the students into the intensive research environment.

As part of efforts by the government to realise its vision of making Zimbabwe a middle income economy by 2030, Universities were mandated to champion the industrialisation and commercialisation agenda through high-end research that leads to production of goods and services as well as the creation of new and the enhancement of old industries.

In response to the government’s clarion call for universities’ participation in the industrialisation agenda, the Minister of Higher and Tertiary Education, Innovation, Science and Technology Development, Professor Amon Murwira adopted a heritage based education 5.0 philosophy which focuses on the use of the most cutting edge competitive knowledge from across the world but applied on the local environment for the purposes of producing relevant goods and services. In that regard, the Ministry of Higher and Tertiary Education, Science and Technology Development tasked universities to carry out research in different disciplines under a Government-funded project. This saw the Midlands State University being mandated to conduct research on indigenous fruits and herbs. Coincidentally, the research project also dovetails with the University’s 2019-2023 Strategic Plan and the Government of Zimbabwe’s heritage-based Education 5.0 philosophy.

In a cheerful welcome address, the Po-Vice Chancellor, Research and Academic Affairs, Professor Doreen Z Moyo congratulated the fourteen students for their sterling performance during a rigorous enrolment selection process in which they emerged as successful beneficiaries of the funded research project. She urged students to be committed to their studies. “The study periods should strictly be adhered to and I therefore urge you to work hard and ensure that you complete your studies within stipulated time frames. Your research output should be translated into goods and services” she remarked. She also encouraged students to network with colleagues as some of the projects were transdisciplinary and interdisciplinary in nature. Additionally, she noted that the availability of the Incubation Hub and related laboratories ensures adequate infrastructure for the research project.

In her address, the Executive Dean of Research and Postgraduate Studies, Professor Laurine Chikoko assured the students of her office’s commitment to the provision of the necessary support in their research to ensure that they accomplish their studies. The Dean outlined the entire study process and expectations. She also applauded the Minister, Professor Murwira for championing the critical position of universities as citadels of knowledge that can be exploited in the mainstream economy to realise the government’s industrialization agenda. Furthermore, she underscored the importance of originality in the students’ research work adding that beneficiaries of the scholarship should produce quality research outputs since this is a funded project.

The Director of the Incubation Hub, Dr C Paradzayi outlined the mandate of the Hub in line with the Innovation, Commercialisation and Industrialisation agenda. He further implored the candidates to infuse innovations into their research so that the research output can be used to develop tangible goods and services. The Director noted that candidates should follow a double barrel approach so that they can achieve both academic and innovation results. He urged the candidates to think along the lines of creating start-ups, partnerships as well as licensing their intellectual property rights.

The workshop also presented an opportunity for students to get clarification on any issues that they did not understand with regards to their scholarships.
Among the officials who attended the workshop were the Registrar, Executive Deans, Research supervisors, the Director of Language Institute, Deputy Registrar Academic Affairs, personnel from the Library, Bursar’s office as well as the Information and Public Relations.

Let us know if you liked the post. That’s the only way we can improve.
MSU Conducts Quality Assurance Induction Workshop
Driving Towards Sustainable Socio-economic Growth – MSU Partners the Office of the Minister of State for Provincial Affairs in the Midlands Province