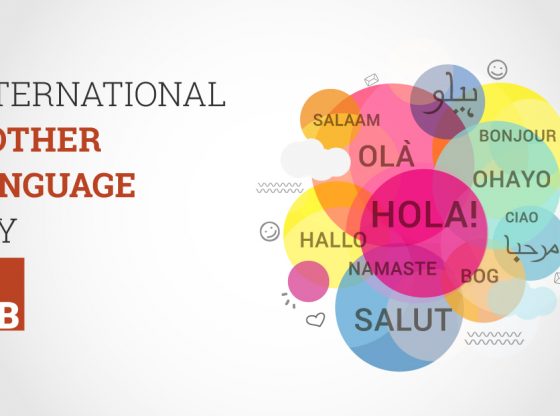 Theme: Fostering Multilingualism for Inclusion in Education and Society

The 21st of February of every year is a day set aside by the United Nations Educational, Scientific and Cultural Organisation (UNESCO) for the world to commemorate mother languages. This important celebration has been held annually since the year 2000 to promote awareness of multilingualism, inclusion and cultural diversity. The theme for this year’s commemoration- Fostering Multilingualism for Inclusion in Education and Society- is quite profound in the sense that it acknowledges that multilingualism must be promoted so that all human groups fully benefit from education and other societal institutions. In other words, this year’s theme is an acknowledgement that multilingualism is crucial in uplifting the lives of all people. The 22nd edition of this Day is celebrated as the world faces unprecedented disruption to education caused by the COVID-19 pandemic. This crisis has exposed and is expected to add new layers or to deepen inequalities, marginalisation and exclusion. UNESCO’s celebration of International Mother Language Day calls on policy-makers, educators and teachers, parents and families to scale up their commitment to multingualism, inclusion and mother tongue education to advance recovery in the context of COVID-19. This effort also contributes to the United Nations International Decade of Indigenous Languages (2022-2032), which places the mother language at the heart of indigenous people’s development.

On this day we recognise our mother languages and demonstrate how important they are to our identity. We must commemorate this day with a mind that seeks to preserve and promote every mother tongue spoken in the world. On this day, we must encourage every person to take pride in speaking their mother language because these languages have played a crucial role in the evolution of mankind. They have been used for identity, communication, social integration, education and national development. Mother languages are powerful tools for preserving both tangible and intangible heritages. When we lose any one of them, we lose our heritage.  This is particularly important considering worrying statistics that reveal that 43% of the estimated 6 000 languages spoken in the world are endangered. UNESCO estimates that every 2 weeks a language becomes extinct.

The theme for this year’s commemorations resonates very well with the United Nations member states’ pledge of ensuring that ‘No one is left behind’ which among other things seeks to curb inequalities and confront discrimination. Many people and societies are discriminated against on the basis that their mother languages are not catered for in various spheres of life, which include education. This makes it rather difficult for such people to have full access to education and other societal institutions. Individuals, societies, and institutions need to be able to engage with more than one language to facilitate the inclusion of all linguistic groups in education and other societal activities.

The recently gazetted Education Amendment Act is another piece of legislation that is crucial in promoting multilingualism in education as it mandates every school to cater for all the officially recognised languages. This is a crucial step in ensuring that all the officially recognised languages, which happen to be the mother tongues of various groups of people, are included in the school curriculum.

However, I would like to implore the government and relevant stakeholders to go a step further and create a framework that is inclusive and allows learners to access education in their mother tongues. This is in tandem with calls that have persistently been made by UNESCO from as way back as 1953. Mother languages are the medium of communication which learners readily understand and as such facilitate effective communication during lessons. Therefore, they are important in shaping feelings, emotions and thought processes. They are therefore a source of natural learning.

There is need therefore, to review the current language in education policy and practice where English is the sole medium of instruction as this benefits only those who understand the language or speak that language as their mother tongue while excluding the majority of learners who are not conversant in that language. Rural children in particular are systematically excluded from education because the majority of them do not understand the language of instruction due to limited exposure to the language. This goes against the tenets of the doctrine of Education for All and the notion that ‘No one is left behind.’ Education for all can only be achieved if it is delivered in the learners’ mother languages, which are the languages which the learners readily understand.

Let us know if you liked the post. That’s the only way we can improve.
MSU Holds Inaugural Virtual RBM Workshop
Appointment of Mrs Victoria Hungwe as the University’s new Council Chairperson