MSU Honoured for its Contribution to Human Capital Development 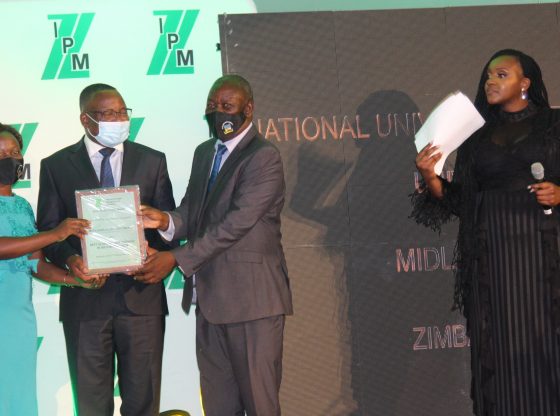 Midlands State University was on Thursday the 2nd of December 2021 recognised for its contribution to human resources development at the Institute of People Management of Zimbabwe (IPMZ) 60th Anniversary HR Excellence awards that were held at Rainbow Towers in Harare.

The University received the ‘Best Academic Institutions in HR Contribution’ award, which is awarded to institutions of higher learning that have contributed to the development of human resources over the years.

In a speech read on his behalf by the Minister of Public Service, Labour and Social Welfare, Professor P. Mavhima, His Excellency the President of the Republic of Zimbabwe Cde Dr E. D. Mnangagwa who was the Guest of Honour said human capital development is critical to the successful realisation of Vision 2030.

A total of 60 awardees who included individuals, public and private entities were celebrated at the awards ceremony.

Let us know if you liked the post. That’s the only way we can improve.
Students Championing Social Change through Edutainment
First Cohort of MSU Medical Students Graduates