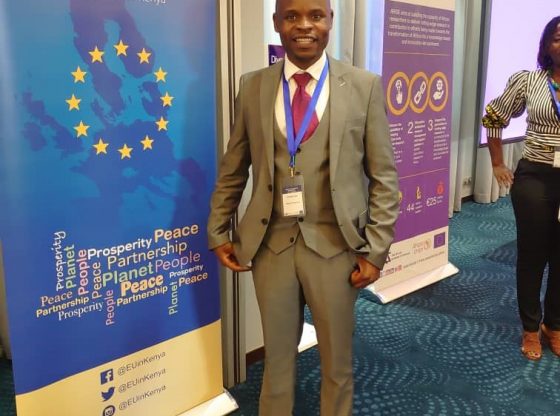 News |
Midlands State University Scientist(MSU), Dr Gift Mehlana, is one of 44 outstanding early- to mid-career researchers selected in the African Research Initiative for Scientific Excellence Pilot Program (ARISE-PP), from a pool of over 900 applicants from the African continent.
The grant recipients were selected from 38 African countries for this five-year fellowship program.
With funding from the European Union, the ARISE program is implemented by African Academy of Sciences (AAS). The European Commission and the African Union Commission are the strategic oversight partners in the program.
ARISE, strengthens Africa’s science base by assisting early- to mid-career researchers and developing African scientists’ capacity to conduct pioneering research that improves Africa’s long-term development.
Dr. Mehlana attended the ARISE inception meeting from 15 to 17 June 2022 in Nairobi Kenya, where he presented his ground-breaking work on “Water stable porous Metal-Organic Frameworks as host materials for biological catalysts in carbon dioxide conversion to methanol.”
“I am very excited to be an ARISE fellow. It gives me the opportunity to demonstrate my ability to conduct meaningful research that has the potential to address problems facing African societies and the world at large.
“My project has two goals. It addresses climate change by reducing carbon emissions, and it produces an energy material (methanol) that is essential in the twenty-first century as we transition to green economies,” said Dr. Mehlana.
His study employs natural processes that have evolved over time to produce methanol from carbon dioxide.
As a result, natural enzymes will be used in a controlled chemical environment to convert carbon dioxide captured by metal-organic frameworks into methanol.
Since enzymes are sensitive to pH and temperature changes, their use in industrial processes is limited. As a result, metal-organic frameworks provide a platform that prevents enzymes from unfolding, allowing them to be highly active and applicable for industrial applications in harsh environments.
The ARISE program complements the work of African research institutions and universities in developing role models for upcoming African researchers and also prevents brain drain from the continent.
Program recipients have a wide range of research interests, from renewable energy, climate change, food security, health and environmental solutions for people living on the African continent.

Let us know if you liked the post. That’s the only way we can improve.
MSU Scoops Top Gong at ZNCC Annual Business Awards
Zimbabwe Open University International Conference Call for Abstracts: “Heritage, the Future of Africa and the Global Community”