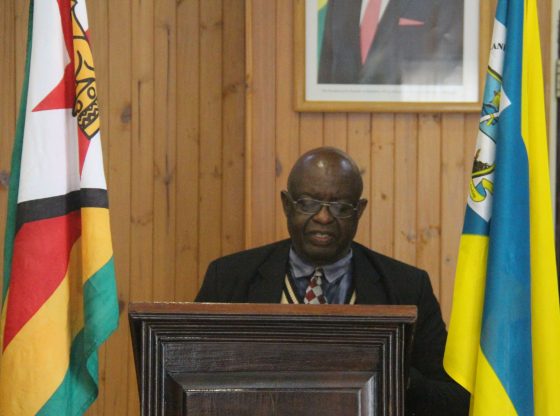 News |
In partnership with the Africa Unity Movement for Decolonisation (AUMD), the Midlands State University is hosting an international online conference titled “Pan African Unity or Perish: A Call for the Abolition of Neo-colonialism” which is running from the 21st to the 23rd of July 2022.
Carefully selected academic speakers from various universities around the globe will present thought-provoking and disruptive concept papers.
Some of the presenters include Jacqueline Luqman a Radio Host of By Any Means Necessary on Radio Sputnik, Dr. Charles “Cappy” Pinderhughes a Junior Assistant Professor of Sociology Social Sciences Division at Essex County College and Dr Clyde Ledbetter a Visiting Assistant Professor at Virginia Commonwealth University, amoung others.
The AUMD is a coalition of African-led organizations seeking to achieve freedom, sovereignty, and liberation for all African people from imperialism and neo-colonialism.
The AUMD network is composed of multiple African-led organizations throughout the globe, including the African Continent, the Americas, and Europe.
In his welcome remarks, Midlands State University Vice Chancellor, Professor Victor Ngonidzashe Muzvidziwa said that the conference is both a signal and a demand for increased cooperation among Africans to ensure sustained economic growth, justice, and respect for black lives in the worldwide community of nations.
“This convention theme also resonates with the anti-colonial mantra- Aluta Continua (The Struggle Continues) which was used to mobilise peasants in Mozambique’s liberated zones. This phrase inspired many people and movements in the Southern African sub-region who were struggling for independence.
“Essentially, what do we mean when we say Aluta Continua or The struggle continues? This means that the struggle for liberation has no definite end-point, it is multidimensional and context-dependent.
“Creating new realities in which our people are free and empowered requires unity and constant vigilance. Therefore, the idea of an African struggle implies unending collective efforts against all vestiges of colonial exploitation, international extractive,” Professor Muzvidziwa said.
He added that the goals of the convention are to shift the conversation amongst Africans away from circularly discussing symptomatic issues of colonialism, neo-colonialism and all ‘isms’ associated with continuing foreign control and manipulation of former colonies to the diagnosis of the root causes of the problem and most importantly, to treat the oppression source or to seek solutions to the problem from the perspective of the victims.

Let us know if you liked the post. That’s the only way we can improve.
HARARE WEEKEND LECTURES 22 TO 24 JULY 2022
MSU – GZU partnered “SDGs – AfCFTA Short Course Certificate in Development Studies”